This week, I am super excited for One Past Midnight by Jessica Shirvington. I actually have an eARC of it, but I've been waiting so long for this book, that I can't not include it! I loved her other books SO much and am ecstatic that this book is coming to the US! It was originally published in Australia as Between the Lives. 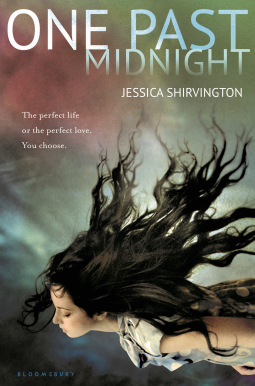 Sabine isn’t like anyone else. For as long as she can remember, she’s had two lives. Every twenty-four hours she ‘Shifts’, living each day twice. She has one life in Wellesley, Massachusetts, and another, completely different life in Roxbury, Boston.

THE PERFECT LIFE
In Wellesley, Sabine has everything she could ever want. Glamorous friends, a designer wardrobe, perfect grades and the guy everyone wants to be dating. Her future is nothing less than charmed.

THE PERFECT LOVE
In Roxbury, Sabine’s family are short of money, her friends are considered rebels – and when her secret is revealed, her options look hopelessly grim. But then she meets Ethan. He’s gorgeous, challenging, and he makes her feel like no one ever has before.

All Sabine has ever wanted is the chance to live one life. When it seems like this might finally be possible, Sabine begins a series of dangerous experiments to achieve her goal. But is she willing to risk everything – including the one man who might actually believe her?