Yes, I know it's Sunday, but this is the only time I've had to do anything. So, here is last week's Waiting on Wednesday. 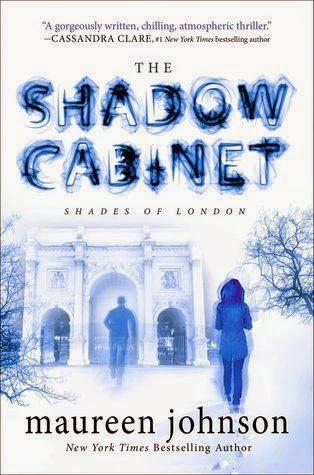 This week, I am ecstatic for The Shadow Cabinet by Maureen Johnson! I've been waiting forever for this book (and am reading The Boy in the Smoke right now). I actually preordered it a while back from a special indy where I'll get COOL THINGS! Also, after the cliffhanger of The Madness Underneath, I want it NOW!

The thrilling third installment to the Edgar-nominated, bestselling series.

Rory and her friends are reeling from a series of sudden and tragic events. While racked with grief, Rory tries to determine if she acted in time to save a member of the squad. If she did, how do you find a ghost? Also, Rory’s classmate Charlotte has been kidnapped by Jane and her nefarious organization. Evidence is uncovered of a forty-year-old cult, ten missing teenagers, and a likely mass murder. Everything indicates that Charlotte’s in danger, and it seems that something much bigger and much more terrible is coming.


Time is running out as Rory fights to find her friends and the ghost squad struggles to stop Jane from unleashing her spectral nightmare on the entire city. In the process, they'll discover the existence of an organization that underpins London itself—and Rory will learn that someone she trusts has been keeping a tremendous secret.