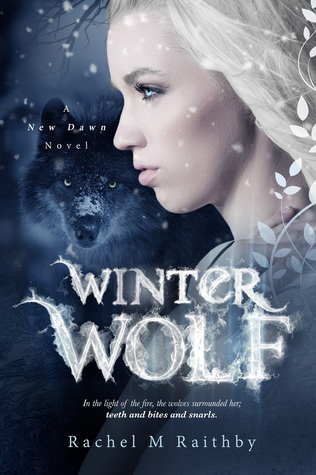 Katalina Winter was prepared for life to change when she turned eighteen—but she never expected to actually change.

Learning that her birth parents were purebred wolf shifters is shocking enough. Now she’s expected to take her place in their unfamiliar world. Caught between two warring packs, Katalina must learn fast. One pack, led by the father she has only just met, wants to control her- and the other one wants her dead.

However, there is one bright spot to shifting, and his name is Bass Evernight. Tall, dark, and oh-so-handsome, Bass is the wolf that Katalina craves. He’s also strictly forbidden: a member of Dark Shadow, Bass is the son of her father’s mortal enemy. Yet deep down inside, Katalina’s new primal instincts howl that Bass is her mate. Can their love bring an end to the brutal war that has raged for so long, or will it spark the fighting around them into an all-consuming fire?

It sounded very good, paranormal and romantic. I was pretty excited when offered the book and upon seeing the cover grew even more excited!

Katalina is my favorite character in the book. She's strong and she doesn't take crap from anyone, especially the guys trying to tell her what to do. She finds her rock in Bass during the chaos of trying to fit into her new world and new family. She chooses for herself not to love who she's told to and makes a total Peggy Carter move in making the choice to try and end the fight between the two clans. And she rocks.

Bass- or Sebastian Evernight- is sexy, mysterious, and fits the mold of "tall dark and handsome"(literally being described that way in the synopsis). It did bug me that his character is a huge cliche. But, he respects Katalina, and he needs her and opens up some true emotion as the book goes on.

The writing was not that good. Honestly, I was a little disappointed. There was a lot of effort put into the characters- especially Katalina- and the writing fell short from that. It switched paces, it was awkward to read, and stylistically/technically it wasn't that good. I did start the second book and noticed that the writing- while not as good as I would like it to be- had improved, but I didn't finish it.

If I had to rate the world-building on it's own, I'd give it a 3/5. It was an average amount of world building done, but it was done well. 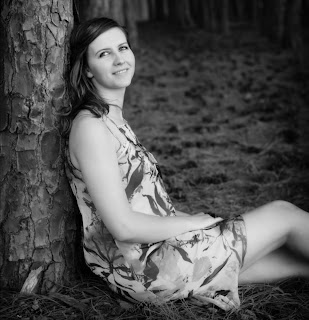 Rachel M. Raithby started her writing career in 2013 and hasn’t looked back. She draws her inspiration from the many places she has lived and traveled, as well as from her love of the paranormal and thriller movies. She can often be found hiding out with a good book or writing more fast-paced and thrilling stories where love always conquers all. A Brit who left the UK in 2008, she resides in a quiet town in Queensland, Australia, with her family.