In case you didn't know, I am absolutely obsessed with Audrey Coulthurst and her debut novel, Of Fire and Stars! So today I am super excited to share with you a special interview with the author herself! Heather Kaczynski and Peternelle van Arsdale (two of the awesome Swanky Seventeens) are also here to ask Audrey the interview questions! And without further ado...

I don’t know if I ever would have written realistic fiction if not for the encouragement of my critique partner/coauthor Paula Garner. I’ve always loved to read all kinds of books, including realistic fiction, but wasn’t sure I could take on the challenge of writing a contemporary. Realistic fiction is more constraining in the sense that I can’t increase the stakes by writing in a bunch of wizards threatening an apocalypse, but it’s also more freeing in that it provides a lot of room to find a character’s voice and heart. I love fantasy because it gives me an escape from the real world, and I love realistic fiction because it gives readers and writers a place to examine hard things and raw truths that might be impossible to cope with in real life.

2. In Of Fire and Stars you have two protagonists—one who is more bookish and less sure of herself physically, and another who is somewhat the opposite.  What appealed to you about creating two such different female protagonists?

Strength comes in a lot of forms, so it was fun to explore different facets of that in each character. Denna is confident in her abilities as an academic and a princess, while Mare takes pride in training horses and sneaking into the city to spy for her uncle. Part of what they have to learn from each other throughout the book is that their differences are not things for which to judge each other, but complementary skills that will make them more successful if they team up.

3. What are the keys to getting books written while you also have a demanding day job?

Beg Hermione to borrow her time-turner. Cry. Use Siamese cat to mop up tears. Eat a lot of ice cream. Drink hot sauce. Have a supportive spouse and friends/critique partners who dangle bribes. All joking aside, I’m fortunate to have a good day job that supports my writing habit. I’m grateful for the stability it provides even though it’s sometimes very hard to balance work and writing.

4. How did Of Fire and Stars change during PitchWars? Was there anything you were sad to cut or edit in the original draft that didn't make it into the final?

My PitchWars mentor, Elizabeth Briggs, was instrumental in helping get my manuscript ready to query agents. I don’t recall cutting a lot of scenes in that revision, but what really helped was how much she asked me to tap into my characters’ emotions on every page. Being forced to do that added a lot of depth to the book.

1. Desert island cocktail: Name it. No ingredient restrictions, but it’s the only cocktail you can ever have.  EVER AGAIN.

This is a cruel and unusual question and I refuse to respond to it.

2. What was your worst horse-related injury?

When I was 14, a horse fell on me and fractured my foot in four places. I had surgery on it a few years ago but still have a bone out of place on the top that they can’t fix.

3. Best horse name you’ve ever heard or made up yourself.

The first horse I trained myself was a black Thoroughbred named Smot. He earned the name by blowing his nose in my face when I first met him as a yearling. He was just so cute, though, kind of like a kitten one of my mom’s friends had recently gotten and named “Mot.” So snot + Mot = Smot. His current owner calls him Mo instead, which is a little better for polite company.

4. Where would you live if you could live anywhere in the world and money were no object?

On Paula Garner’s screened porch, begging for leftover scraps of the amazing food she makes.

6. Sneakers or kick-ass boots you can barely walk in?

Boots are my footwear of choice for a very satisfying stomp as I zoom down the sidewalk. Due to the aforementioned foot injury, though, no high heels for me. 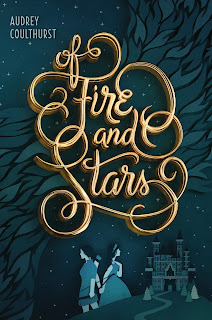 Betrothed since childhood to the prince of Mynaria, Princess Dennaleia has always known what her future holds. Her marriage will seal the alliance between Mynaria and her homeland, protecting her people from other hostile lands. But Denna has a secret. She possesses an Affinity for fire—a dangerous gift for the future queen of a kingdom where magic is forbidden.

Now, Denna must learn the ways of her new home while trying to hide her growing magic. To make matters worse, she must learn to ride Mynaria’s formidable warhorses before her coronation—and her teacher is the person who intimidates her most, the prickly and unconventional Princess Amaranthine (called Mare), sister of her betrothed.

When a shocking assassination leaves the kingdom reeling, Mare and Denna reluctantly join forces to search for the culprit. As the two work together, each discovers there’s more to the other than she thought. Mare is surprised by Denna’s intelligence and bravery, while Denna is drawn to Mare’s independent streak. Soon their friendship is threatening to blossom into something more.

But with dangerous conflict brewing that makes the alliance more important than ever, acting on their feelings could be deadly. Forced to choose between their duty and their hearts, Mare and Denna must find a way to save their kingdoms—and each other.

Audrey Coulthurst writes YA books that tend to involve magic, horses, and kissing the wrong people. Her debut novel, Of Fire and Stars, will be published on November 22, 2016 by Balzer+Bray/HarperCollins. When she’s not dreaming up new stories, she can usually be found painting, singing, or on the back of a horse.

Audrey has a Master’s in Writing from Portland State University, is a member of SCBWI, and studied with Malinda Lo as a 2013 Lambda Literary Foundation Fellow. She lives in Santa Monica, California. 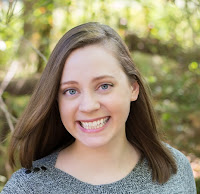 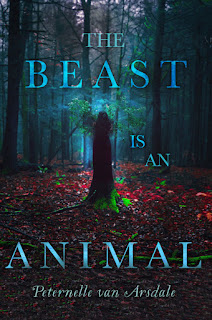 Alys was seven the first time she saw the soul eaters. Twin sisters, they radiated an energy that excited Alys. Through them she felt the wildness of the forest, and The Beast within it. Too late, she learned of their power to destroy.

By the time she is fifteen, Alys knows too much about both the lure and the danger of the soul eaters. She lives in a world of adults who are terrified of their power, who cower behind high walls and grim rules. Fear of the soul eaters—and of The Beast—rules the villagers’ lives. Even more, they fear the ways in which The Beast may lurk among them—and within a girl like Alys.

Alys fears the same thing, and she has good reason. She has a connection to the soul eaters, and to The Beast. And she hides a truth about herself that she can reveal to no one, for fear she will be called a witch. As the threat posed by the soul eaters grows, Alys must undertake a journey through the wild danger of the fforest. But the greatest danger is not outside her. Alys’s secret about who—and what—she is terrifies her most of all. And in order to save her world, she must also risk losing herself.


The Beast Is an Animal is an eerie, compelling, wholly original tale of far-flung villages, dark woods, and creatures that hunt in the night. It’s also a deeply human story about a girl finding her way in a world that is ugly and beautiful, good and bad—and discovering the same within herself.

You Can Find it At:
Simon & Schuster
Indiebound
Amazon
Barnes & Noble
Books-A-Million
Goodreads

Peternelle van Arsdale is a book editor who never thought she’d write a book. She lives in New York City, where she is at work on her second novel.