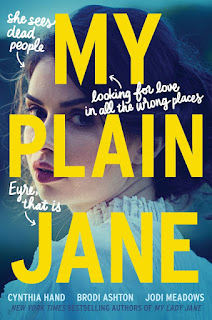 You may think you know the story. After a miserable childhood, penniless orphan Jane Eyre embarks on a new life as a governess at Thornfield Hall. There, she meets one dark, brooding Mr. Rochester. Despite their significant age gap (!) and his uneven temper (!!), they fall in love—and, Reader, she marries him. (!!!)

Prepare for an adventure of Gothic proportions, in which all is not as it seems, a certain gentleman is hiding more than skeletons in his closets, and one orphan Jane Eyre, aspiring author Charlotte Brontë, and supernatural investigator Alexander Blackwood are about to be drawn together on the most epic ghost hunt this side of Wuthering Heights.

I was really excited to ready My Plain Jane, considering the fact that I LOVED the first book, My Lady Jane. I ended up getting my ARC only days after finishing Jane Eyre, on which this is largely based. The details of the story were still fresh in my mind, so I was excited to see how My Plain Jane would completely destroy them. There are so many amazing parts of this book, and I can't wait for everyone else to read it!

First, we have our title character, Jane Eyre. Her history is very similar to that in Jane Eyre. She is a penniless orphan who attends and then teaches at Lowood School. The big difference is that she sees ghosts. Jane has a bit more sense in My Plain Jane than in Jane Eyre, but she probably wouldn't get by without the help of her best friend, the ghost of Helen Burns. I loved reading Jane's character and seeing the similarities and differences to Jane Eyre.

Our next main character is Charlotte Bronte! AKA the author of Jane Eyre! She begins the story as a student of Jane's at Lowood, which is where Charlotte attended in real life as well (or at least a school like it). She loves storytelling and ghosts, but sadly she cannot see ghosts herself. Charlotte was probably my favorite character in My Plain Jane. She was stubborn, smart, and completely unstoppable. At the same time she was young and a bit naive. She was discovering the world for the first time, and I loved being on that journey.

There are two other main characters, Bran and Alexander. Bran is a lovable goofball and any scene he was in was ten times more fun. Alexander was Bran's serious, older mentor. He is a seasoned ghost hunter, and is determined to get Jane to help his cause. The four of them quickly form some tangled relationships, and the ghosts only make it more complicated! I definitely loved them all.

My Plain Jane takes place across England in the 19th century. There is a lot of roaming the countryside, as well as many scenes in London. I really felt that the distance between places was well illustrated. Characters had to go on multi-day journeys to get from point A to point B. Typically the main characters are all in different locations, so chapters will take place in different parts of England. This means that a sense of place was very important.

I happened to tweet along as I read My Plain Jane, so here are some of my thoughts from as I was reading. 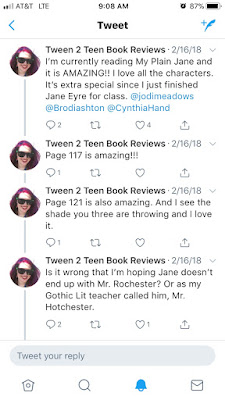 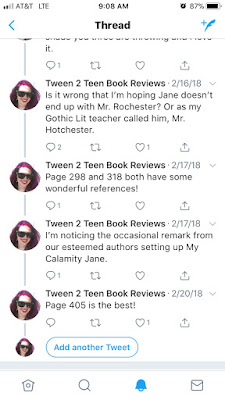 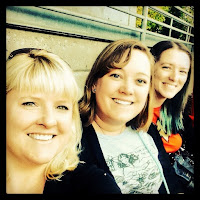