We're rounding out the Elite Eight today with four more amazing books! Who do you think will make it to the Final Four? As a reminder, we'll be taking a day off and the Final Four will begin on April 7th at 8pm! The Championship will be the next day.
Current Standings:
In Group One, Wicked and the Wallflower by Sarah MacLean beat Beauty Tempts the Beast by Lorraine Heath. Marrying Winterborne by Lisa Kleypas made a comeback in Group 3 to defeat The Lady's Guide to Celestial Mechanics by Olivia Waite.
Enemies to Lovers Alley 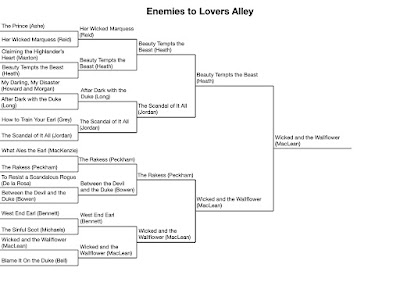 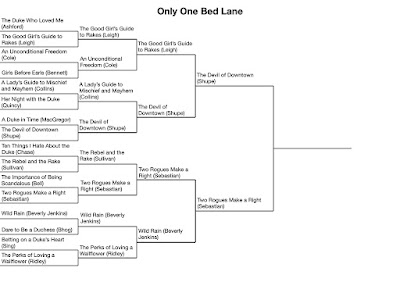 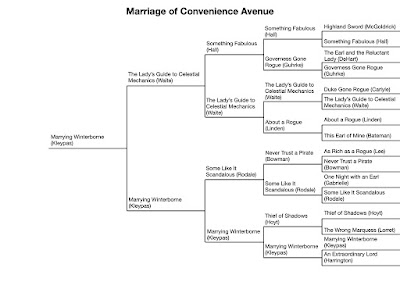 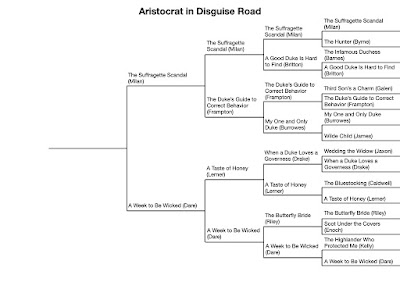 Today's Books:
Group 2 - The Devil of Downtown by Joanna Shupe vs Two Rogues Make a Right by Cat Sebastian (April 5th, 8pm)
Group 4 - The Suffragette Scandal by Courtney Milan vs A Week to Be Wicked by Tessa Dare (April 5th, 8pm) 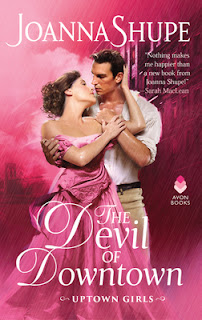 The final novel in Joanna Shupe's critically acclaimed Uptown Girl series about a beautiful do-gooder who must decide if she can team up with one of New York's brashest criminals without losing something irreplaceable: her heart.

He's built a wall around his heart...

Orphaned and abandoned on the Bowery's mean streets, Jack Mulligan survived on strength, cunning, and ambition. Now he rules his territory better than any politician or copper ever could. He didn't get here by being soft. But in uptown do-gooder Justine Greene―the very definition of an iron fist in a velvet glove―Jack may have met his match.

She wears hers on her sleeve...

Justine is devoted to tracking down deadbeat husbands and fighting for fair working conditions. When her mission brings her face-to-face with Jack, she's shocked to find the man behind the criminal empire is considerably more charming and honorable than many "gentlemen" she knows.

Forming an unlikely alliance, they discover an unexpected desire. And when Justine's past catches up with them, Jack may be her only hope of survival. Is she ready to make a deal with the devil...?

You Can Find it At:
Amazon
Barnes & Noble
Apple Books
Kobo
Google 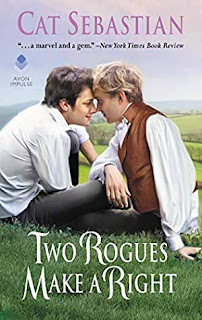 Will Sedgwick can’t believe that after months of searching for his oldest friend, Martin Easterbrook is found hiding in an attic like a gothic nightmare. Intent on nursing Martin back to health, Will kindly kidnaps him and takes him to the countryside to recover, well away from the world.

Martin doesn’t much care where he is or even how he got there. He’s much more concerned that the man he’s loved his entire life is currently waiting on him hand and foot, feeding him soup and making him tea. Martin knows he’s a lost cause, one he doesn’t want Will to waste his life on.

As a lifetime of love transforms into a tender passion both men always desired but neither expected, can they envision a life free from the restrictions of the past, a life with each other?

You Can Find It At:
Indiebound
Barnes & Noble
Amazon
iBooks
Kobo 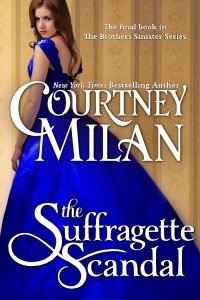 Miss Frederica "Free" Marshall has put her heart and soul into her newspaper, known for its outspoken support of women's rights. Naturally, her enemies are intent on destroying her business and silencing her for good. Free refuses to be at the end of her rope... but she needs more rope, and she needs it now.

Edward Clark's aristocratic family abandoned him to die in a war-torn land, so he survived the only way he could: by becoming a rogue and a first-class forger. When the same family that left him for dead vows to ruin Miss Marshall, he offers his help. So what if he has to lie to her? She's only a pawn to use in his revenge.

...and a scandal seven years in the making.

But the irrepressible Miss Marshall soon enchants Edward. By the time he realizes that his cynical heart is hers, it's too late. The only way to thwart her enemies is to reveal his scandalous past... and once the woman he loves realizes how much he's lied to her, he'll lose her forever.

You Can Find it At:
Amazon
Apple
Nook
Kobo
Google
Smashwords 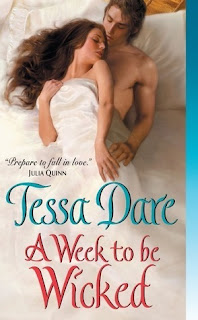 When a devilish lord and a bluestocking set off on the road to ruin…
Time is not on their side.
Minerva Highwood, one of Spindle Cove’s confirmed spinsters, needs to be in Scotland.
Colin Sandhurst, Lord Payne, a rake of the first order, needs to be… anywhere but Spindle Cove.

These unlikely partners have one week
to fake an elopement
to convince family and friends they’re in “love”
to outrun armed robbers
to survive their worst nightmares
to travel four hundred miles without killing each other
All while sharing a very small carriage by day and an even smaller bed by night.

What they don’t have time for is their growing attraction. Much less wild passion. And heaven forbid they spend precious hours baring their hearts and souls.

Suddenly one week seems like exactly enough time to find a world of trouble.
And maybe…just maybe…love.