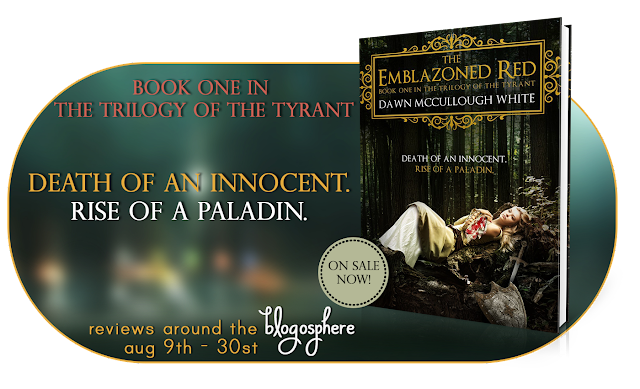 I, uh, this book was . . . interesting. Having read none of the author's previous work I didn't know what to expect of the story. The writing itself was very good and the plot was well done. I neglected reading it for a while, but when I started, I was able to finish in an evening. The book is the first in a spin-off standalone series of the Trilogy of Shadows. The story itself isn't very deep or intricate, at least from what I could tell, but it was interesting and deep enough that it could hold my attention for the length of the story. Some aspects really had me thinking after I finished, mainly the characters.

The main character is Ilka. She's a paladin and lives in a world with all sorts of monsters and beings, as well as all sorts of politics we have to deal with. Her character stands out to me partially because she was one of the few that I saw in more than one dimension. I honestly enjoyed reading her story. She has an interesting history that I wish was a bit more detailed, but added to the story none-the-less. The other character who I enjoyed was Nate. By the way his character is, I can imagine him in his twenties at most. But he's actually much older, which makes his relationship with Ilka slightly . . . odd. While I like them together, it's often considered scandalous in society. Don't get me wrong, he's funny and caring and nice, he's just not my top pick. Of the other characters, I got a feel for one of Ilka's fellow paladin's Raven, as well as the King. Some side characters that I believe either A) played a big part in the original series or B) will play a big part in this series were also introduced. The was a vampire named Augustine, who I found slightly confusing and odd. Then there's Sylian. I like him and hope to see more of him in future books. Cameo is also introduced, and she happened to be the main character in the original series. I'm definitely going to have to go and read those books to get her backstory.

The writing of this book was immaculate. I loved how the author gave some characters accents. The backstory of this magical world that she's created is very cool, and I hope to learn more about it. While the book wasn't my favorite, and was even painful at parts, it was a good book. I may not be rereading it a million times like some others I own, but it won't be forgotten either. It was a nice middle ground book. I didn't hate it by any means, but I didn't love and adore it either. Being that I don't find many middle ground books, it was a nice change. The book gets a solid four stars.


Ms. McCullough-White has lived the majority of her life in and around Rochester, NY with a brief stint in Tucson, AZ. She is pursuing a degree in psychology at R.I.T. Dawn is a history buff and was a member of the Society of Creative Anachronism for years, active as a heavy weapons fighter. She currently resides with her husband and son in a quaint neighborhood next to an old cemetery.

Once, in another world—a dark world, the world of Faetta—there lived paladins and pirates, tyrants and scallywags, vampires and the undead. In this world a revolution is brewing. The royalty of Sieunes are in chains, and those priests and paladins who follow the holy word of the gods are under attack. In the west, the kingdom of Kellerhald receives the fleeing priests in their temples of the paladins of Silvius, god of the Sky.
Here, a young woman has just passed her tests to become a paladin. A pirate crew raids along the Azez Sea. An undead creature, wielding great power, roams the graveyard of Yetta. And a lost soul, crying out from beyond the veil, seeks out a pure hearted warrior to hear its plea.
Amid the turmoil of the revolution, Ilka’s mettle is tested. Rescued by pirates, she ends up with an unlikely ally: the pirate captain himself. The newly trained paladin finds herself collaborating with the undead, working with a vampire, and worst of all, longing for revenge against the man who has ignited the revolution in Sieunes: Francois Mond.
Death of an Innocent. Rise of a Paladin.

You Can Find The Book At:
Goodreads
Amazon
Barnes & Noble