We are thrilled to be able to share with you the cover for SOUL POSSESSED, the second book in Katlyn Duncan's The Life After Trilogy, which releases next month on October 28th. We think the cover is absolutely beautiful and we can't wait for its release!


We also have an awesome excerpt from the book so be sure to check it out below! 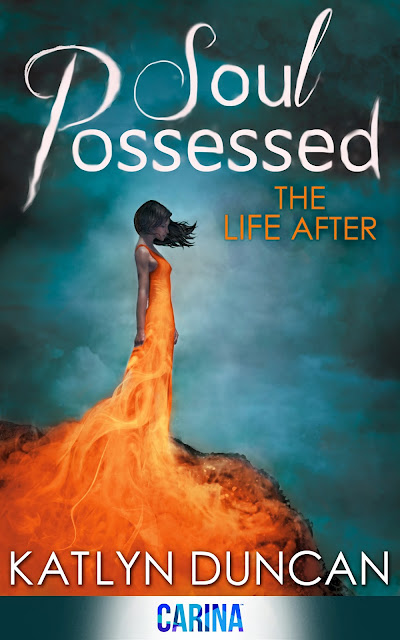 Soul Possessed (The Life After Trilogy #2) by Katlyn Duncan

Now Maggie has been given the chance of her after-life to become a Guard, nothing will stand in her way. Not even the undeniable attraction she feels for her trainer and past love—Jackson. But when the battle between Shadowed and Guard begins again which side will she choose?

When her boss, Felix, partners Jackson and Maggie up with Ally and Cooper to investigate terrifying Shadowed activity, she doesn’t think it could get any worse. Jackson and Cooper barely tolerate each other and this time, Maggie isn’t just proving her loyalty to the Guard during one mission...she has a side mission too. One so secret and so dangerous she can’t tell a soul...

You Can Find it At:
GOODREADS
AMAZON US
AMAZON UK
iTUNES US
iTUNES UK
About the Author: 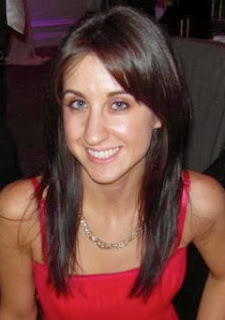 Katlyn Duncan was born and raised in a small town in western Massachusetts. Her overactive imagination involved invisible friends, wanting to be a Disney Princess and making up her own stories. Her bibliophile mom always encouraged her love of reading and that stayed with her since. Even though she works full time in the medical field Katlyn has always made time for books, whether she is reading or writing them.

Katlyn now lives in southern Connecticut with her husband and adorable Wheaten Terrier and she is thrilled to finally share her stories with the world.

Jackson nodded and lifted his hand again. I stepped forward, swallowing any doubt as he reached out, one hand cupping my cheek, the other grasping my hand lightly, tracing circles with his thumb and before I could worry about how those circles made me melt inside, the memory slammed into me.

"Margaret!" Gemma shouted with glee. "Come out of there, I know you are trying to scare me!"

I watched the young red-haired girl put her hands on her hips, trying to be brave. She scanned their father's study, narrowing her eyes. The fire roaring in the hearth was the only source of light in the room, casting dark shadows across the furniture.

Maggie hid behind her father's chair, in silent wait for her prey.

Maggie's little hands tightened on the chair but she didn't make a sound. I walked over to her, watching her mouth twist up into a sly grin. She was the older of the girls, but she protected her sister fiercely, proclaiming she was the only one who could tease her. Gemma hated when Maggie played games, but it thrilled Maggie no end and I could feel excited anticipation roll off her in waves.

Gemma's bravery faltered as she stepped forward toward the overstuffed armchair, expecting her sister to jump out at her at any moment.

But Maggie waited. She had incredible patience, but I sensed that part of it was stubbornness and a desire to test boundaries. Her head poked out from behind the chair just as Gemma turned toward the love seat. I watched as Maggie slowly came out of her hiding spot and charged at her sister.

Gemma let out a scream but Maggie covered her sister's mouth with her hand.

Both girls collapsed on the floor, Gemma's muffled squeals threatening to break through Maggie's tiny fingers.

Gemma managed to wrestle her mouth away from Maggie's hand. "I hate you!" Her indignation faltered into a fit of giggles and Maggie quickly joined her.

As she helped her sister up from the floor Maggie said, "Gemma. You need to always expect the unexpected. You can't go through life being scared all the time." Even though Maggie was a mere nine years old, she spoke as if she'd lived lifetimes before. It was one of the things that drew me to her more than any other Prognatum I'd watched.

Maggie took a handkerchief and wiped her sister's cheeks.

"A lady wouldn't do that to her sister," Gemma said, finally relaxing.

"I don't want to be a lady," Maggie stated firmly. "I want to see the world and not just make babies for the rest of my life."

Gemma shook her head. "That's what we are supposed to do. That's what Mother does."

Maggie's indignation flowed through her and into me. I knew Maggie was born to follow through with her Prognatum duties, she just didn't know it yet. It was rare for a Prognatum to want the Guard position but Maggie would be thrilled when her father revealed it to her at seventeen.

As Maggie reached down to help Gemma up from the floor she whispered, "It's not for me."

Gemma wrapped her sister in a tight hug. "I will love you either way, dear sister."

Maggie rested her head against Gemma's shoulder. "I love you too."

I fell out of the memory just as quickly as I'd fallen in, my legs shaking.


Other Books in the Series: 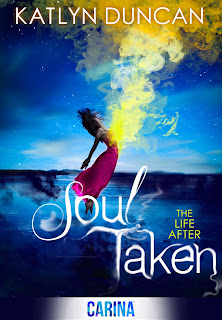 Maggie is a Soul Collector. It’s her job to transport souls from the Living Realm to the After – but during a mission to find a stolen soul, she ends up stuck in a teen mean girl’s body.

Trapped, Maggie’s soul is catapulted into Ally’s life – and the human world she hasn’t experienced for one hundred years. But, as a descendant of the most powerful beings in the After, Maggie must rescue Ally before the girl’s soul dies…

To survive, Maggie must uncover devastating secrets – because with one soul taken by a terrifying enemy, Maggie’s could be next!