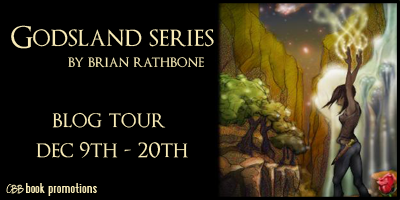 Welcome to my stop on the Godsland series blog tour!  This is a YA epic/high fantasy adventure series by Brian Rathbone.  The tour consists of reviews of all of the books and the audiobook, as well as guest posts, interviews and more. Be sure to check out the tour page with all the tour information and additional tour stops.
The books in the Godsland series:
Call of the Herald (Book One) - FREE
Inherited Danger (Book Two)- FREE
Dragon Ore (Book Three)
You can also find it in one bind up called The Dawning of Power Trilogy Omnibus.

Find the full list of titles and links at http://brianrathbone.com/ As this is only the first trilogy in the World of Godsland series.

Okay, so, I have a confession to make. I didn't get quite as far into the books as I meant to. That said, I have read the first book and have a review for you! Compared to other books I've read, I found that the book was a little slow. The story was interesting, but it took some time for me to get into it. The world was very complex, which made the story a little confusing, but I got used to it. The story was simply one that is not my favorite style, but that I still enjoy. But! I have a brother who enjoys stories exactly like this, and I whole-heartedly plan on shoving this in his face and making him read it, because I know he'll enjoy it.

There were a lot of characters. Catrin, Benjin, Peten, and about a bajillion more that I can't remember.  The names are all complicated and obviously say 'high fantasy!' Catrin was a cool character. I liked that her powers grew, but I wish they'd played into the story more. She's a character that goes from fairly weak to very strong in a matter of chapters, which is always fun to see. Maybe it's that the book is aimed at a slightly younger audience (does anyone know the age range?) but there was no romance. It wasn't bad, a nice break actually, but it was different. Catrin is a pretty cool chick to say the least. She has a bunch of people who have her back and a hundred times more that are trying to kill her. Not the best situation to be in, but she dominates it.

The plot of the book was slow bits with a little bit of intriguing mixed in. The underlying story was interesting, but I could skim it at points and still get it. To be fair, I've been crunched on time with school and the holidays, but skimming is one of my best friends with all books at the moment. The story idea is definitely original. I don't read a whole lot of high fantasy, but I haven't seen this before. I really like, that even though she's on the run for her life, every second isn't action and drama. And honestly, in her situation, something like romance would be one extra tangle-ment to get into, which Catrin would not enjoy. Overall, the story was good, and I give it four stars.

This is an interview with the main character, Catrin.


1. Describe how your life has changed in five words since Peten first attacked.

I had always thought my friends and I could find a way to live peacefully with Peten and the others, but now I know there are times we have no choice but to fight for what you believe in. I lost a piece of myself that day, but I gained some things that were entirely unexpected. Still, I’d go back and change it if I could.

2. How does it feel to have Istra's power flowing through you?

Sometimes it's wonderful and exhilarating, but other times it feels like getting mule-kicked in the guts. It tempts me and yet frightens me. I can do things I never dreamed of but can never predict all the consequences.

3. What do you see yourself doing next?

There is no safety. I cannot go home. My options are limited and unappealing. I must go to the only place that offers any hope. The Cathuran monks know more about Istra's power than anyone. I will seek them out even though it means traveling into the lands of my enemy.

4. What would your future have looked like if you had not become the Herald of Istra?

My father, Benjin and I continued the most robust and strongest equine bloodline the Godfist had known, outside of the Arghast desert. I had planned to build my own barn to replace the one my great grandfather built. It was good, hard work. I miss it.

5. Having your friends at your back must be really helpful, what's the nicest or best thing any of them have done for you?

They mean so much to me. My friends motivate me, even if they sometimes do it by picking on me. I don’t always like it, but I'm usually better for it. But I can give as good as I get, and I'm not afraid of those boys. Mostly though, I appreciate them standing beside me when the world turned against me. That was when I knew who my true friends were.

6. What's your worst fear and your biggest hope?

My worst fear is that people I love will get hurt because of me. My biggest hope is for peace. And pie. I like pie.

7. Which of your abilities do you like/hate the most?

I love the ability to communicate directly with nature and animals--it's so beautiful. The ability to cast a wave of destruction in every direction without meaning to has caused me more than a little lost sleep.

8. Life has been hard for you, what inspires you to keep going?

Love. The love I feel for my family and friends and the love they give back to me. It's more than that though. I care about the people of my world and feel deeply responsible for them. Sometimes it is too much, and I want to run away and hide. But then I think about what my mother would do, what my father or Benjin would do. They give me the strength to go on.

9. What is one power you wish you had?

The power to undo my mistakes.

10. If it comes to it, are you willing to fight the Zjhon in a war?

If they leave me no other choice, I will destroy them.

Thank you for visiting Catrin!

Read on for the book information, the author bio, and TWO giveaways! 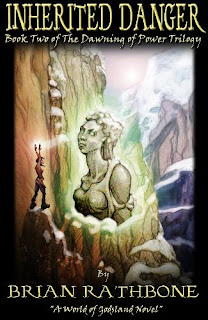 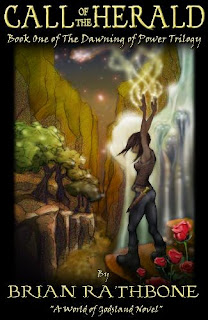 Echoes of the ancients' power are distant memories, tattered and faded by the passage of eons, but that is about to change. A new dawn has arrived. Latent abilities, harbored in mankind's deepest fibers, wait to be unleashed. Ancient evils awaken, and old fears ignite the fires of war. When a Catrin Volker, a teenage horse trainer, inadvertently fulfills the prophecy of the destroyer, she becomes the most feared and hunted person on all of Godsland. With the help of her friends, she must convince the world that she wants only peace. 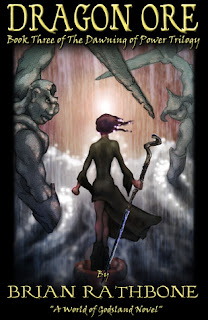 Leaving her homeland behind, Catrin Volker goes in search of knowledge and peace, unaware that she will face the greatest evil her world has ever known.

Dragon Ore is the exciting conclusion of The Dawning of Power trilogy. Clinging to life, Catrin Volker struggles to regain her strength as her foes go in search of even greater power. Ancient enemies threaten and forgotten alliances emerge.


You Can Find Them At:
GoodReads
Amazon 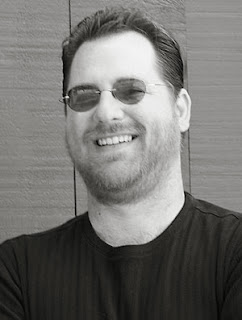 Brian Rathbone started out as a professional racehorse trainer, but he later transformed himself into a network engineer, programmer, and, more recently, rural broadband specialist. One thing that never changed was Brian's love of reading fantasy fiction. For years he would think of story lines for his own stories as a way to keep from dreaming about writing code. When the time came that Brian could concentrate on writing, The World of Godsland became real.

I have a personal giveaway too! Enter to win a signed copy of The Dawning of Power, the omnibus of the first three books in the Godsland series!