Today Danielle Ellison and Entangled Teen are revealing the cover for SALT, releasing in early 2014! Check out the gorgeous cover, exclusive excerpt, and enter to win an eARC! 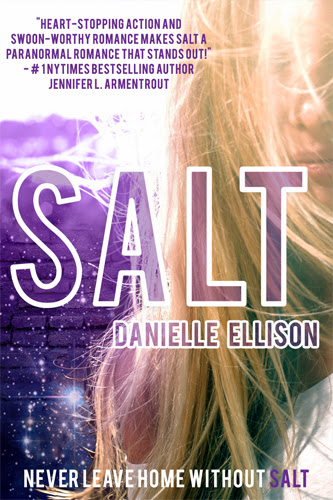 Exclusive Excerpt
“Jealousy is cute on you, Pen.”

“Don't call me that,” I snap, pushing my coffee away from me. “And I'm not jealous.”

He leans back on the chair. "Sure. And I don’t think you’re adorable." I jerk my eyes up. He’s smiling. Screw this—this is so frustrating. I tap my foot under the table.

I don’t have time for this. And what is wrong with this coffee? I feel like I swallowed a fire and it’s all just burning at my stomach.

“You look sick again,” he says.

The poorly—or perfectly—timed waitress comes back with Carter's coffee and a whole tray of drinks. Carter, obviously, flirts again. I don’t know if he’s doing it to get a reaction out of me, but I’m not going to give him one. I watch him and say nothing, but the whole time it feels darker inside my head and my stomach whirs. It’s more empty, and more full, and unsettled at once. The waitress turns to leave a when it happens.

The waitress coughs, as if she suddenly can’t breathe, and trips. She flies across the air. The tray spills all over a table of four. I gasp, horrified. Another waitress grabs her by the waist, trying to give her the Heimlich. The waitress coughs out the gum. She’s crying hysterically, apologizing to the customers dripping with water.

The weirdest part? As soon it happens, all the fury that was building up inside of me disappears. It’s calm again, normal. The change is so sudden that my fingernails dig into the table. All I can hear is the waitress’s cry.

"I don't know what happened," she sobs over and over again. I close my eyes. Everything inside me is completely still. No storm, no clawing, no emptiness or fullness. In fact, I’m suddenly starving.
Carter's looking at me when I open my eyes. There's something unsettling in his gaze, something suspicious.

“I gotta go,” I say. He starts to say something. I don't stay long enough to find out what it is.
Somehow I just did magic. 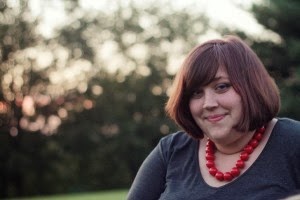 Author Bio:
Danielle Ellison is from a small town in West Virginia. She spent her childhood pretending to fly and talking to imaginary friends. When she grew up, she finally flew away (in an airplane) and started traveling the world. She hasn’t stopped yet, but someday she may decide to settle in one place. Her real life friends would definitely like that; they would probably also like if she stopped talking to her characters out loud.

SALT comes out in January 2014, and then it's sequel. In October 2014, FOLLOW ME THROUGH DARKNESS (book one of the BOUNDLESS Trilogy) comes out. She's got a busy few years!