See Me by Wendy Higgins 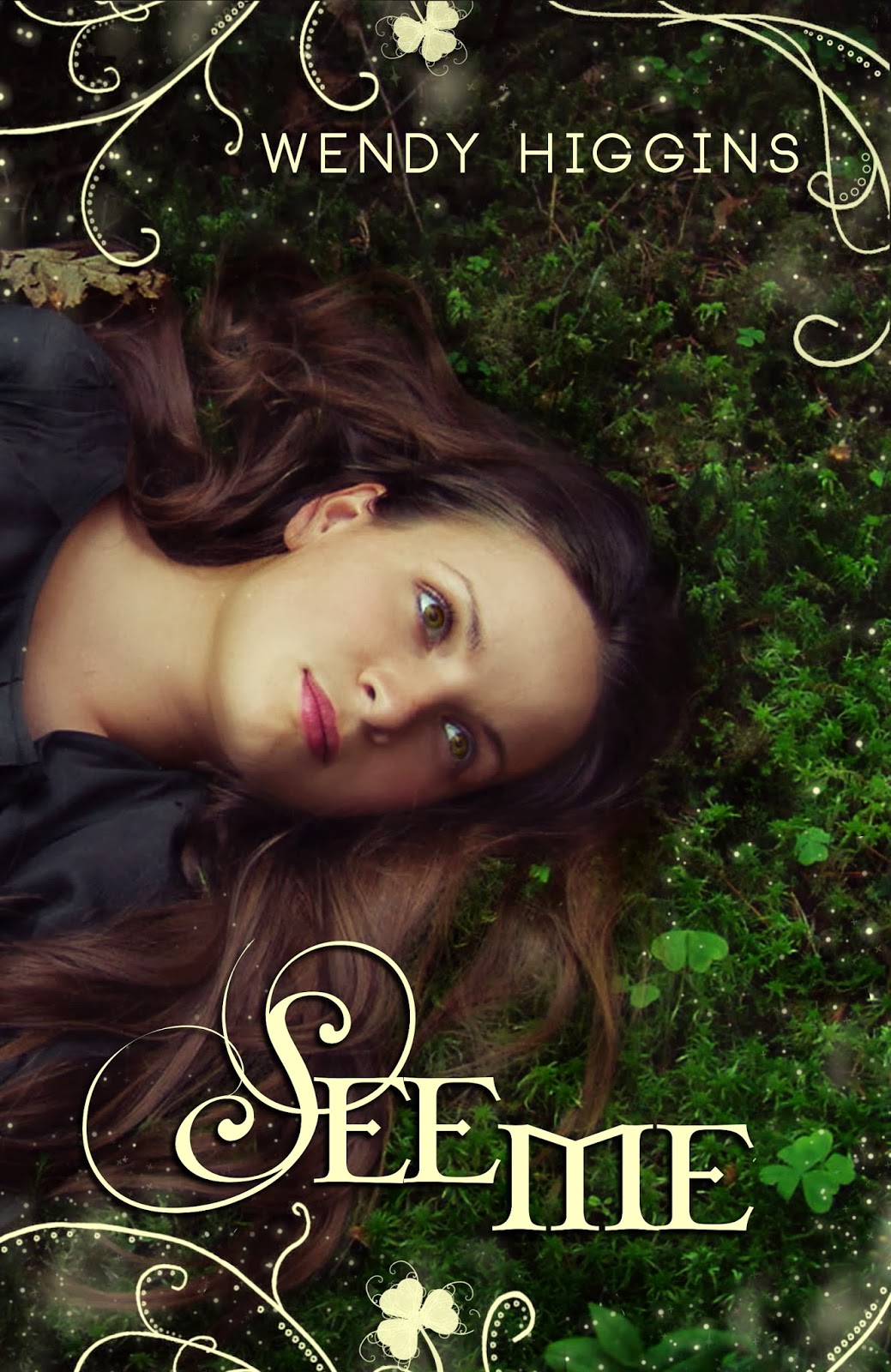 Ever since Wendy announced this book, I have been anxiously awaiting it. Like some of you may know, See Me is self-published. Wendy's first self-published book, in fact. She had planned to release it last October, but couldn't figure out what was up with the story. Eventually, she figured it out, and she released it on St. Patrick's Day! I got the book as soon as I could and devoured every word! Sadly, my copy was trampled and the cover partially torn off, so I do not have physical proof, but I should be getting a new copy soon!

The main character is Robyn. She is incredibly spunky and was raised within a family that knows that magic exists. In fact, she's known her entire life that, when she's eighteen, she'll be married off to the son of the head of a magical clan in Ireland, named McKale. What she doesn't know, is that he happens to be a leprechaun. As far as whether she cares for McKale or not, there is no doubt. She's dreamed of meeting him since she was a little girl. Robyn sometimes talks before she thinks, which makes some conversations awkward, but her character more relatable.

For a good portion of the book, I wanted to strangle McKale. I know he was being controlled by magic and all that good stuff, but don't kiss someone else and then expect Robyn to come running back to you. She's too good for that, and she knows it. McKale can't seem to get it through his head that Robyn actually cares about him. He always sees himself as the odd one out. And while he others do think that he's a bit odd, his entire clan loves him.

The plot of the book was fast. Heck, I read this in under 24 hours! I would have read it faster if not for the need of sleep and school. Still, I gobbled it up. It was fun and far exceeded my expectations (which were already pretty high after reading Wendy's Sweet Evil trilogy). Wendy is an excellent story teller and I love the romance. This is a standalone story, which already makes it unique, but the leprechauns make it even more special! Please, go out and get this book, I give it five stars!

After earning a bachelors in Creative Writing from George Mason University and a masters in Curriculum and Instruction from Radford, Wendy taught high school English until becoming a mommy. Writing Young Adult (YA) stories gives her the opportunity to delve into the ambiguities of those pivotal, daunting, and exciting years before adulthood. She lives in Northern Virginia with her husband, daughter, and son. Sweet Evil is her debut novel.

While most seventeen-year-old American girls would refuse to let their parents marry them off to a stranger, Robyn Mason dreams of the mysterious McKale in Ireland, wondering how he’ll look and imagining his cute Irish accent. Prearranged bindings are common for magical families like her own, however when she travels to the whimsical Emerald Isle she discovers there’s more to her betrothal and McKale’s clan than she was led to believe.

What starts as an obligatory pairing between Robyn and McKale morphs over time into something they both need. But one giant obstacle stands the way of their budding romance: a seductive and deadly Fae princess accustomed to getting what she wants—and what she wants is McKale as her plaything. Love, desire, and jealousies collide as Robyn’s family and McKale’s clan must work together to outsmart the powerful Faeries and preserve the only hope left for their people.