Welcome to the release day blitz for Her Secret Inheritance by Jen McConnel! An author who I've had the pleasure of meeting! 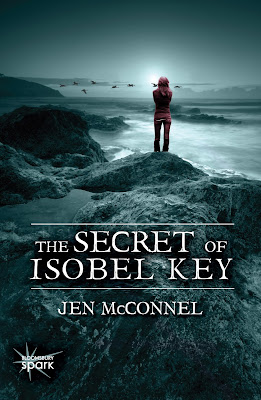 Lou is in the middle of a quarter-life crisis. Fresh out of college, she’s unemployed and unsure of herself. But when she gets the chance to escape to Scotland with her best friend, it could be the answer to her quest for self-discovery. The trip is not at all what she expected, especially when her tour guide turns out to be the dreamy historian Brian, and together they embark on a hunt for information about Isobel Key, a woman accused of witchcraft in the seventeenth century.

They set out to learn the truth of the condemned witch, but Lou isn’t prepared for the knowledge that awaits her. She must face her own demons if she has any hope of righting the wrongs of the past.

Flashing between seventeenth century Scotland and a contemporary romance, THE SECRET OF ISOBEL KEY is a mystery that will please readers of all ages. 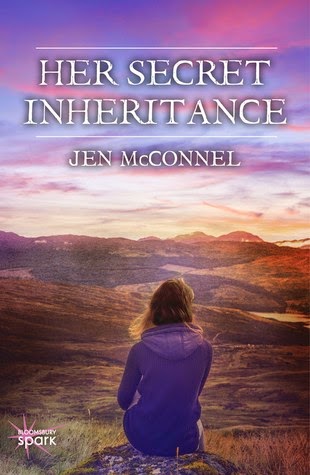 Five years after the trip to Scotland that changed her life, Lou is back in the misty, magical country. But this time, she’s not on vacation.

When Brian, her old Highland fling, turns up at the scene of some depressing family business, tension mounts between the former lovers. But dealing with Brian is only part of the problem; something wicked is stirring in Scotland. Lou must use all her strength to handle the increasingly desperate situation, but will she be strong enough to battle both a vengeful ghost and her heart?

Lou may have thought that she was finished with the witch Isobel Key, but some secrets can’t stay buried forever.

No one could have guessed that the old house was haunted. The unexpected drafts, the doors left inexplicably open, the missing silver candlesticks from the den; these were all easily explained away. The wind had always been sharp in St. Andrews, sharp enough to trick unlatched doors into swaying in the breeze, and as for the silver, well, it was likely that someone along the generations had simply misplaced them, that was all.

Families came and went, but the house guarded its secrets. The University grew in prestige, but still the ghost lingered, unsatisfied. It did not matter how beautiful the town of St. Andrews was, nor did it matter that the past had been beautifully preserved in many spots around the town; the truth of the murders of 1667 had been ignored, and the restless spirit waited, knowing nothing but a desire for revenge.

As the old house passed from one owner to the next, it fell into the hands of a particular family, and it was one man, a historian, who drew the ghost’s notice. Nothing of note happened right away, and the old man, for all his knowledge, somehow ignored the telling signs that there was a malignant spirit sharing his roof.

But no ghost can remain buried forever.

Glancing at the clock on the nightstand, she quickly calculated the time back home. Her family wasn’t likely to be up for a few more hours, but it was possible that Tammy might not have gone to bed yet. Lou crossed her fingers and dug her cell phone out of the small pocket inside her purse.

She punched in the numbers by memory, and after five rings, a groggy voice said, “Hello?”

“Oh, shit, Tammy. Did I wake you?” Lou frowned at the phone, flooded with guilt.

“It’s three o’clock in the morning. What do you think?” Tammy’s voice was terse, but Lou couldn’t tell if she were just tired, or cranky, too.

Suddenly, Tammy sounded wide awake. “Oh, God. I’m so sorry. I forgot that you were flying yesterday.” She paused. “Is everything all right?”

Relief washed over Lou as she leaned back against the headboard. “I don’t know. It’s just, weird, you know?”

Tammy was quiet for a minute, and Lou pictured her nodding. “Lots of memories?”

Tears threatened Lou again, so she forced a bright note into her voice. “Some. It’s just strange to be here after so long.”

“You missed your chance.”

Lou exhaled sharply. She knew who Tammy was talking about. “Yes.”

“Did you think about looking him up while you’re there?”

“I’m sure Brian would help you, if you asked him.”

Hearing his name caused a sharp pain in her chest, but Lou shook her head. “That was a long time ago.” 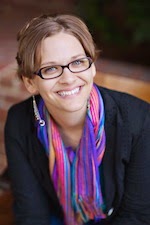 Jen McConnel first began writing poetry as a child. A Michigander by birth, she now lives and writes in the beautiful state of North Carolina. A graduate of Western Michigan University, she also holds a MS in Library Science from Clarion University of Pennsylvania. When she isn't crafting worlds of fiction, she teaches college writing composition and yoga. Once upon a time, she was a middle school teacher, a librarian, and a bookseller, but those are stories for another time. Her debut NA novel, THE SECRET OF ISOBEL KEY, is out now from Bloomsbury Spark. She also writes YA and nonfiction.