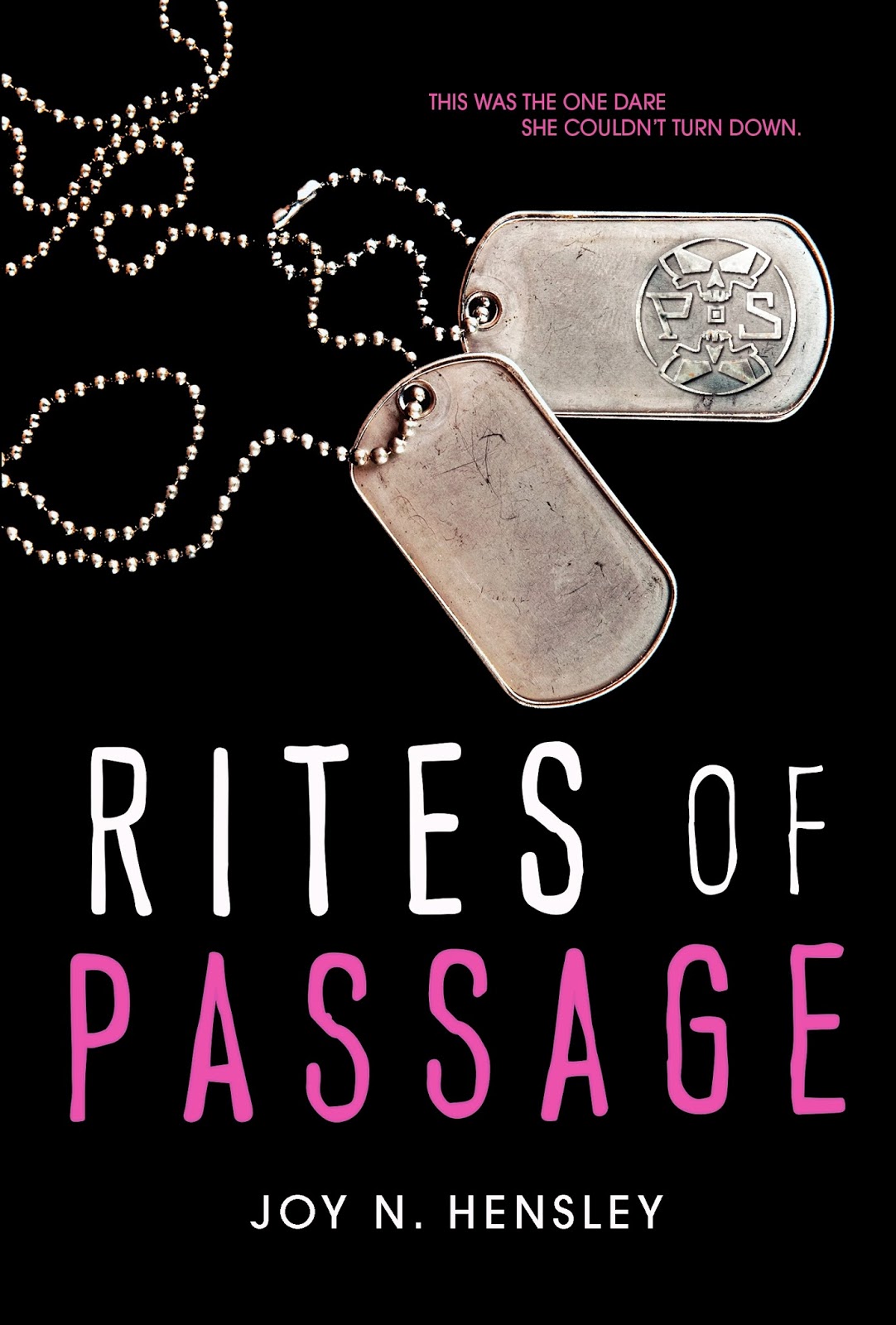 Sam McKenna’s never turned down a dare. And she's not going to start with the last one her brother gave her before he died.

So Sam joins the first-ever class of girls at the prestigious Denmark Military Academy. She’s expecting push-ups and long runs, rope climbing and mud-crawling. As a military brat, she can handle an obstacle course just as well as the boys. She's even expecting the hostility she gets from some of the cadets who don’t think girls belong there. What’s she’s not expecting is her fiery attraction to her drill sergeant. But dating is strictly forbidden and Sam won't risk her future, or the dare, on something so petty...no matter how much she wants him.

As Sam struggles to prove herself, she discovers that some of the boys don’t just want her gone—they will stop at nothing to drive her out. When their petty threats turn to brutal hazing, bleeding into every corner of her life, she realizes they are not acting alone. A decades-old secret society is alive and active… and determined to force her out.

Now time's running short. Sam must decide who she can trust...and choosing the wrong person could have deadly consequences.

You Can Find it At:
Indiebound
Books-A-Million
iBooks
Amazon
Barnes & Noble
Book Depository

I got an ARC of Rites of Passage this month on a whim. It looked interesting and I thought "why not?" I hadn't heard of it before, but once I got it, I started seeing it everywhere all over the internet. The other week, I saw it on my shelf, and decided to pick it up. I was obsessed like that. I loved the characters instantly, and by loved them, I wanted to stab a bunch of them. Repeatedly. But with love. The main character is part of the first class of girls at a previously all-boys military academy. Needless to say, she is not treated well by many of the populace.

Oftentimes, contemporary books don't have a clear antagonist. It's often along the lines of the main character's mind, or an oversensitive parent. In this, there is a definite antagonist, though I'm hoping for a sequel with more details. The main character Sam is pretty awesome. She goes to the school on a dare from her brother that passed away the year before. Sam is one of the few recruits made for military life, but she gets pushed to the breaking point over and over again. There's Corporal Matthews, which I want to stab for the rest of my life. Matthews is HORRIBLE to Sam. He is extremely sexist and just ARGH! But I digress. There's also Becka, on of the other female recruits, and while at first I thought she was a ditz, she really came around. Lastly, there's Drill AKA Drill Sergeant Stamm, AKA Dean. I honestly loved his character. He treats the male and female recruits the same, and is willing to help Sam when no one else will.

I really enjoyed the writing in the book. It was very to the point. There was a lot of military terminology that I didn't understand, but that was about it.

The first bit of the book was a lot of verbal abuse towards Sam and military training. About halfway through though, the plot gets jump started. Suddenly, everything starts to make sense. Characters fall into place and references start making sense. Needless to say, I loved it.

I really could see the world of the military academy. There was a good bit of vague description that I would like to know more about, but also understand. The main character didn't get to see much of campus, so we readers didn't either. Why didn't she see much of campus? Mainly because she was either busy doing military things/classes, or was in trouble for reasons and couldn't go anywhere.

Born and raised in Virginia, I've come back to my roots after five years of wandering up and down the East Coast. From being a barista to editing, writing commercials for television to being a middle school/high school English teacher, there's nothing I'm not willing to try. That includes going to military school (on a dare), hiking 600 miles of the Appalachian Trail, and playing in the mud with my students!

A graduate of Greensboro College, I received the Excellence in English award for my fiction and poetry contributions. In 2007 I graduated from Long Ridge Writers Group's Breaking Into Print class, and in 2009 I finished their Shape, Write, and Sell Your Novel classes.

Now, between hiking, doing obstacle course runs, and having fun with my husband and two sons, I continue to write. I am repped by Mandy Hubbard at D4EO Literary Agency.