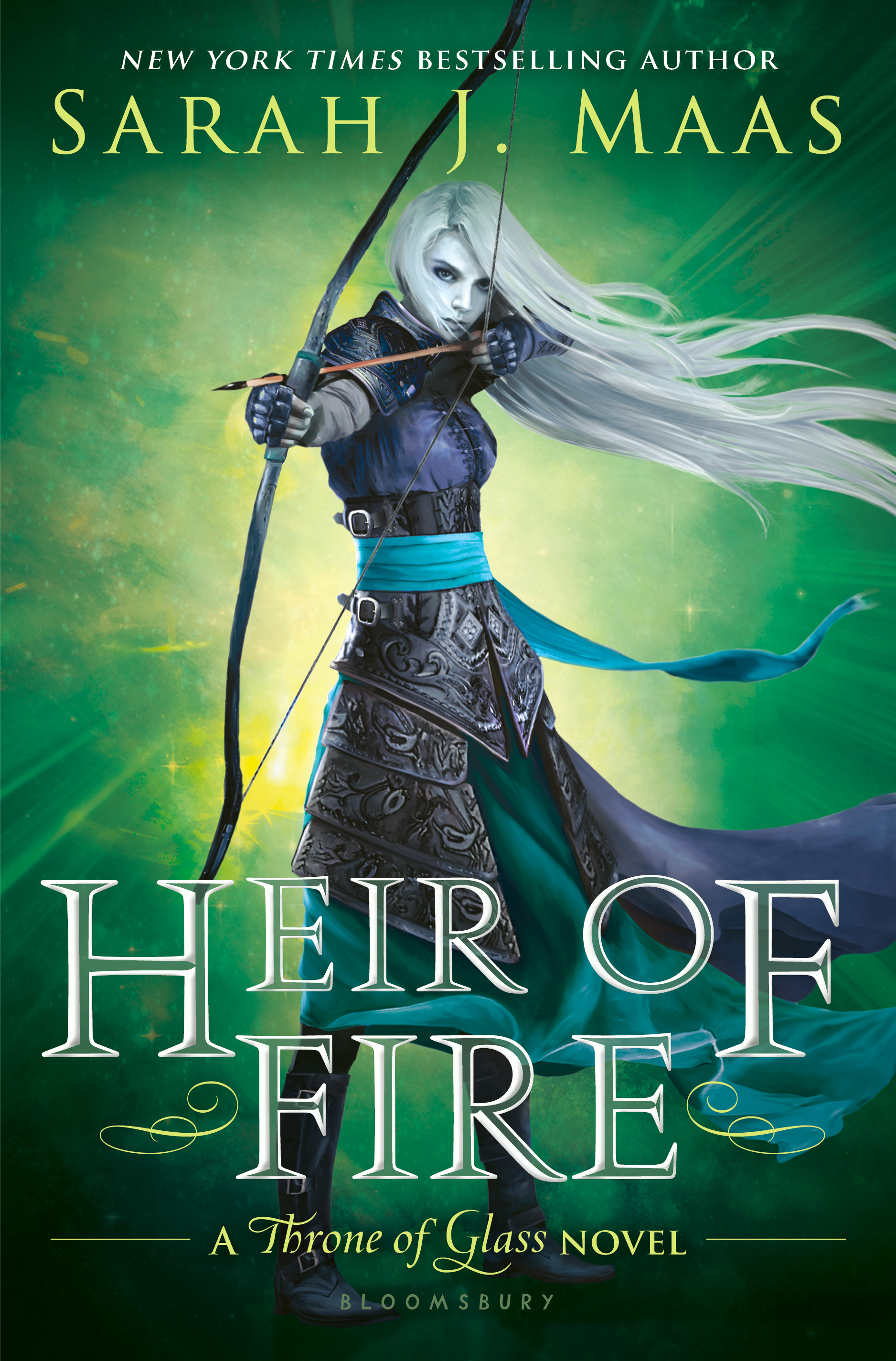 Celaena has survived deadly contests and shattering heartbreak—but at an unspeakable cost. Now, she must travel to a new land to confront her darkest truth . . . a truth about her heritage that could change her life—and her future—forever. Meanwhile, brutal and monstrous forces are gathering on the horizon, intent on enslaving her world. Will Celaena find the strength to not only fight her inner demons, but to take on the evil that is about to be unleashed?


The bestselling series that has captured readers all over the world reaches new heights in this sequel to the New York Times best-selling Crown of Midnight. Packed with heart-pounding action, fierce new characters, and swoon-worthy romance, this third book will enthrall readers from start to finish.

You Can Find it At:
Amazon
Barnes & Noble
Goodreads
Books-A-Million
Indiebound

I've been dying for this book for months now. My copy finally arrived from Bloomsbury on Monday and I *might* have jumped up and down with joy. I immediately dug in, only taking breaks for homework (which I might have skipped some of), food (only when I was starving), and school (during which I often read under the table). I loved it from the very first page and gobbled the entire thing up in one big gulp!

Celaena majorly came into herself in this book. In the previous two, she's very secretive and you honestly don't know much about her. Reveal after reveal about Celaena's past hits the reader in the story. I've loved her character in the past, but her true self really shines through in this book. I don't think I can express in words how much I love her, except for: SQUEEEEEEEEEEEEEEEE!!!!!!!!!!!!!! We get a couple new characters in this book. As a result, many of my ships have sunk, and then resurfaced with different colors. One ship I'm not sure if it'll actually be a thing or not, but I love it. The other I love, but after the end of the book, has me VERY worried! I still hate Chaol. One of the new characters is a fae named Rowan and if he doesn't end up with one of the characters, I want him all for myself! There's a ton of character development in the story, which I honestly loved reading. Also, we got Aeidon, who I knew from the beginning that I would love!

God, the writing just gets better and better, and that's saying something considering how well written Throne of Glass is. I've seen a few complaints of too much info-dumping with the book, but I didn't notice any at all. I loved every second of it, and loved reading all the flashbacks!

The author's already done a lot of world-building in the previous two books, but she's had to add more in this one, considering over half of it takes place on a continent that's only been vaguely referenced up to this point. We also see more of the world that we already know, some through other points of view, and some just in more description.