This week, I am super excited for The Bane Chronicles by Cassandra Clare, Sarah Rees Brennan, and Maureen Johnson! While I've already read a couple of the novellas inside, for the most part, I've been waiting for the final compilation to come out to read them. I'm excited to read about all of Magnus' adventures and find all the little squee moments! 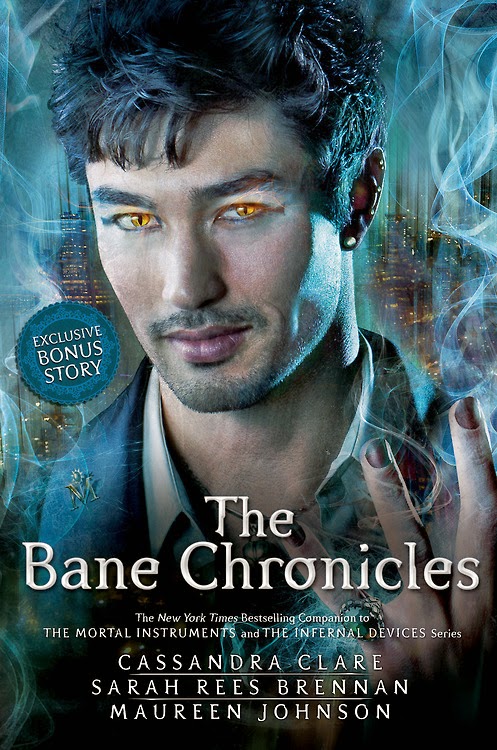 A Collection of Ten Short Stories centred around Magnus Bane. Each short story is going to be published as an ebook followed by a Full Single Print Coming 2014

Ever wondered about the enigmatic, mysterious warlock Magnus Bane? The only character to appear in every Shadowhunter book, Magnus has a past even more shrouded in mystery than his present. I’ve teamed up with acclaimed YA writers Maureen Johnson and Sarah Rees Brennan to create the Bane Chronicles, the back (and front) story of Magnus told in ten linked tales.

Look for short stories like Vampires, Scones and Edmund Herondale; The Rise and Fall of the Hotel Dumort; Saving Raphael Santiago and What To Buy The Shadowhunter Who Has Everything (And Who You’re Not Officially Dating Anyway). Each story will be available as an ebook on a monthly basis starting April 16 with the tale of What Happened In Peru.


Each story will be released monthly online for the next ten months — and then for those who don’t read e-books, the full print collection will be available in bookstores and wherever else books are sold after the Chronicles have been finished.