Blog Tour: All That Burns by Ryan Graudin

In this thrilling sequel to All That Glows, the worlds of magic and mortal are colliding as London celebrates its new king, marking an era of unity between the Faery realm and the human one. Emrys, the Faery guard to the British royal family, sacrificed her powers to be with King Richard, choosing love over immortality. But now, as Emrys struggles to navigate her place between the Faery queen’s court and London’s lavish galas, danger looms beyond the Thames.When a prisoner with dark, strange magic breaks out of Queen Titania’s labyrinthine prison, endangering Emrys's king and sparking an uprising, Emrys must make the hardest decision of all.

Will she reclaim her magic to save Richard’s life and lose him forever? Or stay powerless as the kingdom goes down in flames?


You Can Find it At:
Amazon
Barnes & Noble
Goodreads 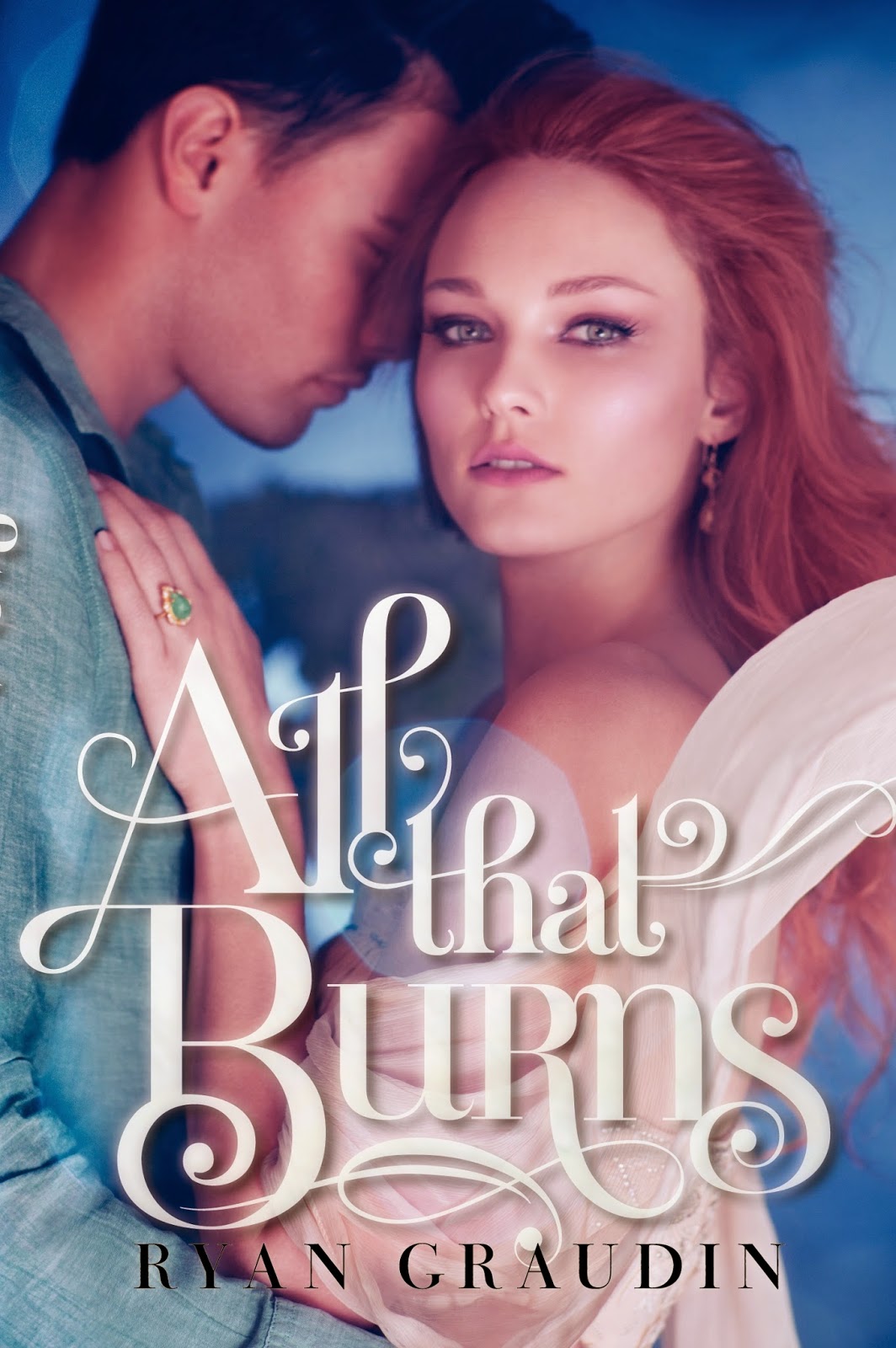 You have no idea how excited I was for this book. I immediately dug into it and couldn't stop reading until I'd finished. It immediately started out strong and it kept it up throughout the book!

I really think this is a strong character development book. We get to see a lot more of Richard's sister, who turns out to be pretty cool. Richard himself doesn't play as big of a role, but from what we see, the reader really sees him grow up and become a king. Also, I really love Richard. Now on to Emrys. She rocks this book. Even without magic, she is made of awesome. Emrys really learns how to work with what she has, which is more than she ever thought possible. It gets a little stressful in the middle, but I liked where the characters end up.

This series is plain fun. When I need a book that will take me to my happy place, this is it. The book is fast paced, and doesn't have a down moment. I'm never bogged down in details, but it paints a full picture for me as well. The story is more diverse and it's fun to see more of the world outside the palace.

As I said, you really see outside the palace. It's cool to see the rest of England as it is after the end of All That Glows. Fans of the series know that everything changes drastically after that book. The world is on the brink of either going crazy or picking itself back up again, and it's so cool to join Emrys as she tries to help it put its pieces back together.

Ryan Graudin grew up in Charleston and graduated from the College of Charleston with a degree in Creative Writing in 2009. She is the author of ALL THAT BURNS, All That Glows and The Walled City. She resides near Charleston with her husband and wolf-dog.

Her work is represented by Josh Adams of Adams Literary.

2 signed and finished copies of All That Burns for a US/Canada winner. They come with some packets of ginger plum black tea as well!!