Hello, and welcome to my stop on the Frost Like Night blog tour! I have an extreme love of Sara and the Snow Like Ashes series, so I was ecstatic when I got a spot on the tour! Sadly, time got away from me and I haven't been able to finish the book yet, so I have a mini review for you today, that will be expanded on upon finishing Frost Like Night!

I apologize if this sounds a lot like an essay, that's all I've been writing recently!

It's been so long since I read book two (I read it in Summer 2015), that I was a tad confused at the beginning, but I quickly caught on to what was happening. As always, I love Sara's writing, even when I disagree with what characters are doing.

Meira, Meira, Meira. I love her, I truly do. But why do characters have to have feelings that differ from my own?!?! I love Meira, and will respect her no matter what she chooses, but I know where I think her heart should lead her, and I suspect where it actually will. This makes me sad, but if she is happy, I can be happy for her.

Frost Like Night is told from three perspectives. Meira, which is first person present tense, Ceridwen, which is third person past tense, and Mather, which is the same. After Meira, the Ceridwen chapters are my favorite. It's awesome seeing another kick-butt, strong-willed woman. Ceridwen loves her people and will do anything to protect them. I majorly admire her, and all the things she's able to do without any magic at all. Ceridwen is a force to be reckoned with, that's for sure.

Lastly, Mather. To be fair, I didn't like him from the beginning. Luckily, most of his chapters also have Meira in them, so at least I can get my awesome lady dosage in there. Mather cares a lot about his people, but Meira keeps him in the dark about many of her plans, and what she knows is to come. This creates an interesting dichotomy between the characters, as they try to go about solving problems in different ways.

In Frost Like Night, we are exposed to both new and old parts of this world. There are various new places we get to explore, and as I read, I can't wait to know more about. There are also old places, such as Summer, which we get to see in a new light. With Angra's Decay spreading, nothing is as it was once before. 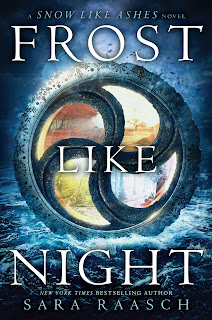 Angra is alive, his Decay is spreading—and no one is safe.

Meira will do anything to save her world. With Angra trying to break through her mental defenses, she desperately needs to learn to control her own magic—so when the leader of a mysterious Order from Paisly offers to teach her, she jumps at the chance. But the true solution to stopping the Decay lies in a labyrinth deep beneath the Season Kingdoms. To defeat Angra, Meira will have to enter the labyrinth, destroy the very magic she’s learning to control—and make the biggest sacrifice of all.

Mather will do anything to save his queen. He needs to rally the Children of the Thaw, find Meira—and finally tell her how he really feels. But with a plan of attack that leaves no kingdom unscathed and a major betrayal within their ranks, winning the war—and protecting Meira—slips farther and farther out of reach.

Ceridwen will do anything to save her people. Angra had her brother killed, stole her kingdom, and made her a prisoner. But when she’s freed by an unexpected ally who reveals a shocking truth behind Summer’s slave trade, Ceridwen must take action to save her true love and her kingdom, even if it costs her what little she has left.

As Angra unleashes the Decay on the world, Meira, Mather, and Ceridwen must bring the kingdoms of Primoria together…or lose everything.

You Can Find it At:
Amazon
Barnes & Noble
iBooks
Goodreads 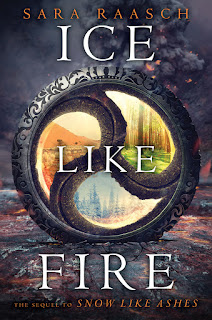 It’s been three months since the Winterians were freed and Spring’s king, Angra, disappeared—thanks largely to the help of Cordell.

Meira just wants her people to be safe. When Cordellan debt forces the Winterians to dig their mines for payment, they unearth something powerful and possibly dangerous: Primoria’s lost chasm of magic. Theron sees this find as an opportunity—with this much magic, the world can finally stand against threats like Angra. But Meira fears the danger the chasm poses—the last time the world had access to so much magic, it spawned the Decay. So when the king of Cordell orders the two on a mission across the kingdoms of Primoria to discover the chasm’s secrets, Meira plans to use the trip to garner support to keep the chasm shut and Winter safe—even if it means clashing with Theron. But can she do so without endangering the people she loves?

Mather just wants to be free. The horrors inflicted on the Winterians hang fresh and raw in Januari—leaving Winter vulnerable to Cordell’s growing oppression. When Meira leaves to search for allies, he decides to take Winter’s security into his own hands. Can he rebuild his broken kingdom and protect them from new threats?

As the web of power and deception weaves tighter, Theron fights for magic, Mather fights for freedom—and Meira starts to wonder if she should be fighting not just for Winter, but for the world. 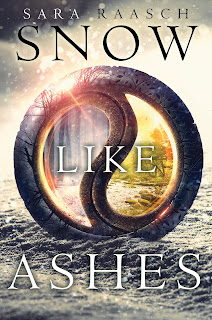 A heartbroken girl. A fierce warrior. A hero in the making.

Sixteen years ago the Kingdom of Winter was conquered and its citizens enslaved, leaving them without magic or a monarch. Now, the Winterians’ only hope for freedom is the eight survivors who managed to escape, and who have been waiting for the opportunity to steal back Winter’s magic and rebuild the kingdom ever since.

Orphaned as an infant during Winter’s defeat, Meira has lived her whole life as a refugee, raised by the Winterians’ general, Sir. Training to be a warrior—and desperately in love with her best friend, and future king, Mather — she would do anything to help her kingdom rise to power again.

So when scouts discover the location of the ancient locket that can restore Winter’s magic, Meira decides to go after it herself. Finally, she’s scaling towers, fighting enemy soldiers, and serving her kingdom just as she’s always dreamed she would. But the mission doesn’t go as planned, and Meira soon finds herself thrust into a world of evil magic and dangerous politics – and ultimately comes to realize that her destiny is not, never has been, her own.

Sara Raasch has known she was destined for bookish things since the age of five, when her friends had a lemonade stand and she tagged along to sell her hand-drawn picture books too. Not much has changed since then — her friends still cock concerned eyebrows when she attempts to draw things and her enthusiasm for the written word still drives her to extreme measures. Her debut YA fantasy, SNOW LIKE ASHES, came out October 14, 2014 from Balzer + Bray, and the sequel, ICE LIKE FIRE, comes out October 13, 2015. Neither features her hand-drawn pictures.

3 winners will receive a signed copy of FROST LIKE NIGHT, US Only.