Sunday Street Team: Bound by Blood and Sand by 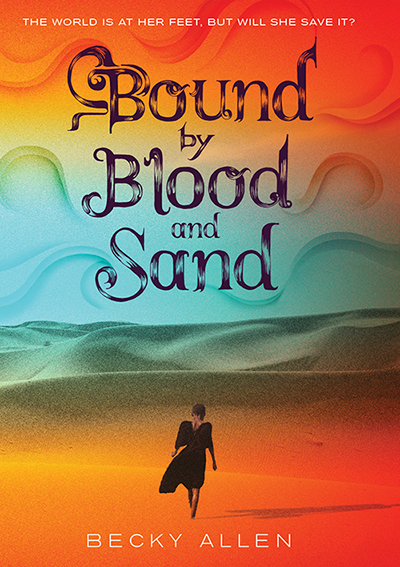 1. Did you put character traits from people know into your own characters?

Nah. I think it's partly that I'm writing fantasy, and people's personalities are shaped so much by the world around them and how they grow up - so it would be a bit trickier to apply the people around me to the world I'm writing. But that also just isn't really how I develop characters. I tend to be a plot-first writer, so I start with an idea and end up asking myself, "What kind of character would be the most interesting for this story?"

2. How do you beat writers' block?

Oof. Well, I have sometimes said that I don't really get writer's block - don't hate me! But I've found when I'm stalled, it's usually because either there's something majorly wrong with the story and my writer-brain knows it, but my conscious brain hasn't figured it out yet, or because I'm so drained and exhausted that I can't really pull the words out.

If it's the former, then once I realize that's what's going on, I grab one of my trusted critique partners and talk it out. That helps me identify what's gone wrong and start coming up with ideas for how to fix it. (Which sometimes means completely deleting and rewriting whole chapters.) Once I've got a fix for the problem, I can go forward.

But when it's the latter, I have to stop and ask myself - am I just having a day where I don't wanna? Or is something else going on? If I just don't wanna, well... I sit down and make myself work anyway. (And usually once I get going, things get easier.) But if there's something more going on - serious stuff in my life, like I'm sick, my day job has exploded, etc - I have to measure the urgency of the deadline against taking some time for self-care. If at all possible, I take a few days off to recharge or focus on whatever it is that's going on in my life. Usually once I've given myself some breathing room, I can go back to writing with renewed energy.

3. Given the choice, would you live in a fantasy or dystopian world?

FANTASY PLEASE! Those can also be pretty dystopian (I certainly think the world in BBB&S is) but hey, at least there's magic. In some of them you even get dragons.

4. With great power comes great responsibility. What superpower or magical ability would you choose to have?

Oh mannn... there are so many good ones out there, but at my core, I think it comes down to some kind of empathy or healing -- powers I can use to help people. (I was raised by a volunteer firefighter and a nurse, so our house was big on the helping, healing thing.)

5. Would you rather be stuck on an island with your favorite book, or own all the books, but not enjoy any of them?

Island please! My favorite book combined with some island sunshine sounds like my dream vacation, actually. Especially if we toss in a bright pink drink with a miniature umbrella.

6. What are some of your favorite books that you've read recently?

Haha, define "recently." But within the last year, let's see. My big Can't Miss YA Fantasy is definitely COURT OF FIVES by Kate Elliott. For 2016 debuts, I really enjoyed THE GIRL FROM EVERYWHERE by Heidi Heilig and THE ABYSS SURROUNDS US by Emily Skrutskie.

7. What are some books from your childhood that still stick with you today?

I really came to love SFF as a kid by reading Bruce Coville (middle grade) - especially his MY TEACHER IS AN ALIEN series. It starts out pretty light and fun, but by the end of the series, there are some reeeeally heavy themes and it shaped a lot of what I love about scifi in particular.

Then, when I was in about fifth grade, my older sister handed me a copy of Mercedes Lackey's ARROWS OF THE QUEEN, which I basically imprinted on like a duckling - I've reread that trilogy (plus tons of the other Valdemar books) ... uh, more times than I can count, really.

8. What made you pick a desert as your setting? Or did you know at the beginning?

I knew it was a story about a desert from the beginning - the very first piece of the book concept that came to me was that it was a desert society that depended on magic for its water, and that the magic was, for some reason, vanishing. I knew that was the big problem they had to solve before I knew why it was happening, what the solution would be, who the characters were, or anything else. The whole book was shaped around that idea, so the desert setting was always vital.

Thank you so much!

Once verdant with water from a magical Well, the land is drying up, and no one remembers the magic needed to keep the water flowing. If a new source isn’t found soon, the people will perish. Jae doesn’t mind, in a way. By law, she is bound by a curse to obey every order given her, no matter how vile. At least in death, she’ll be free.

Lord Elan’s family rules the fading realm. He comes to the estate where Jae works, searching for the hidden magic needed to replenish the Well, but it’s Jae who finds it, and she who must wield it. Desperate to save his realm, Elan begs her to use it to locate the Well.

But why would a slave—abused, beaten, and treated as less than human—want to save the system that shackles her? Jae would rather see the world burn.


Though revenge clouds her vision, she agrees to help if the kingdom’s slaves are freed. Then Elan’s father arrives. The ruler’s cruelty knows no limits. He is determined that the class system will not change—and that Jae will remain a slave forever.

You Can Find it At:
Goodreads
Amazon
Barnes & Noble
Indie Bound 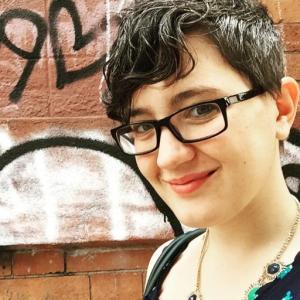 Becky Allen grew up in a tiny town outside Ithaca, New York, and graduated from Brandeis University with a major in American studies and a minor in journalism. She is the website director of TheBody.com, an online HIV resource, and loves New York, brunch, and feminism. Becky lives in New York City.