Here is all the awesome information about the follow-up to Lock and Mori! I can't wait to read it! 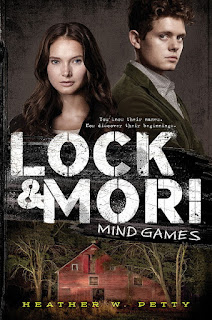 Sherlock Holmes and Miss James “Mori” Moriarty may have closed their first case, but the mystery is far from over in the thrilling sequel to Lock & Mori, perfect for fans of Maureen Johnson and Sherlock.

You know their names. Now discover their beginnings.

Mori’s abusive father is behind bars…and she has never felt less safe. Threatening letters have started appearing on her doorstep, and the police are receiving anonymous tips suggesting that Mori—not her father—is the Regent’s Park killer. To make matters worse, the police are beginning to believe them.

Through it all, Lock—frustrating, brilliant, gorgeous Lock—is by her side. The two of them set out to discover who is framing Mori, but in a city full of suspects, the task is easier said than done. With the clock ticking, Mori will discover just how far she is willing to go to make sure that justice is served, and no one—not even Lock—will be able to stop her.

Heather has been obsessed with mysteries since she was twelve, which is when she decided that stories about murders in London drawing rooms and English seaside villages were far superior to all other stories. Lock & Mori is her first novel. She lives in Reno, Nevada with her husband, daughter, and four hopelessly devious cats. 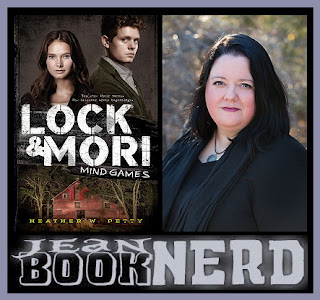 - Five Winners will receive a Copy of Mind Games by Heather W. Petty