I am so excited to help close out The Queen's Rising blog tour! Below you will find my glowing review,  an exclusive interview with the author, and a giveaway! 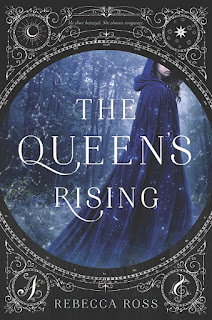 When her seventeenth summer solstice arrives, Brienna desires only two things: to master her passion and to be chosen by a patron.

Growing up in the southern Kingdom of Valenia at the renowned Magnalia House should have prepared her for such a life. While some are born with an innate talent for one of the five passions—art, music, dramatics, wit, and knowledge—Brienna struggled to find hers until she belatedly chose to study knowledge. However, despite all her preparations, Brienna’s greatest fear comes true—the solstice does not go according to plan and she is left without a patron.

Months later, her life takes an unexpected turn when a disgraced lord offers her patronage. Suspicious of his intent, and with no other choices, she accepts. But there is much more to his story, and Brienna soon discovers that he has sought her out for his own vengeful gain. For there is a dangerous plot being planned to overthrow the king of Maevana—the archrival kingdom of Valenia—and restore the rightful queen, and her magic, to the northern throne. And others are involved—some closer to Brienna than she realizes.

With war brewing between the two lands, Brienna must choose whose side she will remain loyal to—passion or blood. Because a queen is destined to rise and lead the battle to reclaim the crown. The ultimate decision Brienna must determine is: Who will be that queen?

You Can Find it At:
AMAZON
BARNES & NOBLE
BOOK DEPOSITORY

1. If your characters were transported to our world, how would they react?

Brienna would love social media. Cartier would absolutely hate it.
Luc and Merei would be fascinated with Spotify.
Jourdain would be aghast by fast food and the news.
Isolde would immediately buy a car and go on a road trip.

2. What books did you read as a child?

I loved The Chronicles of Narnia and the Dear America Diaries.

3. What upcoming YA books are you excited for?

I am so excited for Stephanie Garber’s Legendary! I also cannot wait for Hafsah Faizal’s We Hunt the Flame.

4. If you could live in any genre, what would it be and why?

Definitely Fantasy. I would love to have magic and wear cloaks and ride horses from town to town.

5. Do you prefer HEAs (Happily Ever Afters) or open endings?

Ooh, I think I have to go with HEAs. As a reader, I really like to have closure by that last page.

6. Do you have any advice for young writers?

Read and write as much as you can! That is the best way to grow your craft and learn how to bring a story together from start to finish. Also, don’t write to necessarily “get published.” Write because you love and enjoy it.

I knew right off the bat that I was going to like The Queen's Rising. This year has such a wealth of high fantasy coming out, and I've enjoyed discovering every one! Also, lost queens and princesses are my jam! I started reading the book pretty close to the deadline for the review, so I knew I would have to read it fast, but that didn't end up being a problem because I absolutely devoured it. I read The Queen's Rising in one day, and would have read it in one sitting if I hadn't had to go to work. My one major problem was that the beginning of the book (at least the ARC version) had a family tree and such that contained MAJOR spoilers for the book. I love that they were included, but I hope that they are moved to the back of the book for the final version. While it is the first book in a series, The Queen's Rising reads like a standalone novel but will still leave readers hungering for more in that world.

The main character is Brienna. She has grown up not quite knowing what and who she wants to be. Brienna is also a child of two worlds. Her parents, neither of whom she knows, came from two different countries. Her mother died when she was young, and her grandfather refuses to tell her who her father is. This creates so conflict for her, but she accepts his response to her inquiries that her father isn't worth knowing. Brienna often doubts herself, but within reason. She doesn't mope around, despairing about everything she isn't. Brienna underestimates her value, but still knows she has it.

The chemistry between Brienna and her teacher Cartier is clear very early in the book. She has an attraction to him that she doesn't even realize she has. It's a slow burn romance, and it was fun to explore their relationship as the book progressed, especially once they move beyond the teacher-student phase.

While the world is high fantasy, in many ways it is still distinctly like our own. One of the major things is that they use the same calendar we do. From the descriptions of places, as a whole it reminds me of the UK. Maevana very much reminds me of Scotland, and Valenia of England. I felt that the world building was strong, though a little heavy-handed at times. There was often the need to remind the reader that someone was "acting Maevan" or "acting Valenian". I feel like the amount of times that phrase was used could have been lessened, especially once the world building was set up. 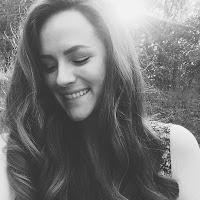 Rebecca Ross was born and raised in Georgia, where she continues to reside with her husband, her lively Australian Shepherd, and her endless piles of books. She loves coffee, the night sky, chalk art, maps, the mountains, and growing wildflowers in her yard. And a good story, of course.

1 Winner will receive a Copy of THE QUEEN’S RISING (+Swags) by Rebecca Ross. 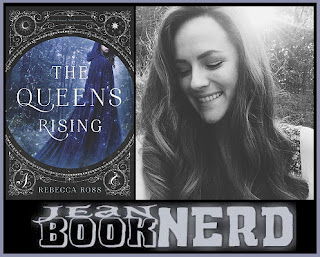