I am super excited to take part in the Queen of Ruin blog tour! I absolutely love this series and I want to share my love with everyone! 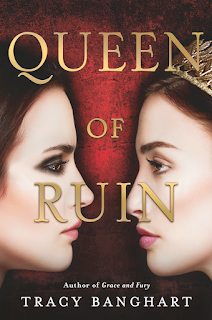 A fierce sequel full of sisterhood, heart pounding action, betrayal, and intrigue in the royal court in a series that "breathes new life into the feminist story of oppression and resistance" (Publisher's Weekly).

Banished by Asa at the end of Grace and Fury, Nomi and Malachi find themselves powerless and headed towards their all-but-certain deaths. Now that Asa sits on the throne, he will stop at nothing to make sure Malachi never sets foot in the palace again. Their only hope is to find Nomi's sister, Serina, on the prison island of Mount Ruin. But when Nomi and Malachi arrive, it is not the island of conquered, broken women that they expected. It is an island in the grip of revolution, and Serina--polite, submissive Serina--is its leader.

Betrayal, grief, and violence have changed both sisters, and the women of Mount Ruin have their sights set on revenge beyond the confines of their island prison. They plan to sweep across the entire kingdom, issuing in a new age of freedom for all. But first they'll have to get rid of Asa, and only Nomi knows how.

Separated once again, this time by choice, Nomi and Serina must forge their own paths as they aim to tear down the world they know, and build something better in its place.

The stakes are higher and the battles bolder in Tracy Banghart's unputdownable sequel to Grace and Fury.

I absolutely adored Grace and Fury, so I was super excited when I got an ARC of Queen of Ruin! I actually got the chance to meet Tracy last August when she was on tour for Grace and Fury, which was super exciting. When I got the ARC back in December, I immediately devoured the book. I've actually been meaning to write a review since then, but life's been so crazy with college that I never got to it. But here I am now, reviewing an awesome book! Also, probably spoilers for Grace and Fury ahead.

I loved getting to see Nomi and Serina back together again. Of the two I prefer reading Nomi's parts, but I really like them both. In some ways it felt like Serina was disconnected from the action in book one, but once they're both back in Viridia it feels more equal. They're both leading parts of a rebellion. A cool part about it is that some aspects are disjointed since they don't know what the other's doing, but you as the reader do know. So one of them will be wondering about something, and it turns out the other just did it. It's fun to see multiple pieces of a puzzle like that.

Both Serina and Nomi have a romance, and while I liked both, Serina's felt a *little* more forced. Not so much that I had an issue with it, but it would have been cool to see her fall in love with another woman on the island instead. On the romance note, the side characters Helena and Maris make an adorable couple. I love Nomi and Malachi as a couple, and I really liked how Nomi had to learn to trust and Malachi was so willing to make amends.

In many ways, this series feels similar to Ash Princess by Laura Sebastian, except these books don't have magic. Obviously specific events and characters are different, but there's a similar tone to both books. Basically that angry women are awesome. With the action of Queen of Ruin, the world of Viridia is about to look a lot different. While this is the end of the duology, I would love to see more in this world. Serina and Nomi's stories are relatively wrapped up, but there are plenty of other side characters in this world. I'd love to see a side character, or even an as-yet-unknown character, get a spinoff story about the next stage of Viridia's history. Basically, Tracy and her books rock, and I really hope to see more of them! 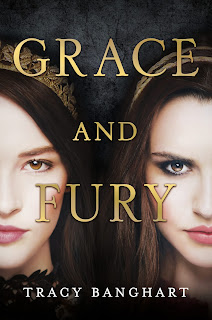 In a world where women have no rights, sisters Serina and Nomi Tessaro face two very different fates: one in the palace, the other in prison.

Serina has been groomed her whole life to become a Grace--someone to stand by the heir to the throne as a shining, subjugated example of the perfect woman. But when her headstrong and rebellious younger sister, Nomi, catches the heir's eye, it's Serina who takes the fall for the dangerous secret that Nomi has been hiding.

Now trapped in a life she never wanted, Nomi has only one way to save Serina: surrender to her role as a Grace until she can use her position to release her sister. This is easier said than done. A traitor walks the halls of the palace, and deception lurks in every corner. But Serina is running out of time, imprisoned on an island where she must fight to the death to survive and one wrong move could cost her everything. 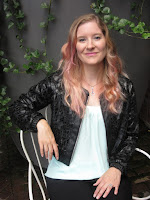 Tracy Banghart grew up in rural Maryland and spent her summers on a remote island in northern Ontario. All of that isolation and lovely scenery gave her the time to read voraciously and the inspiration to write her own stories. Always a bit of a nomad, Tracy now travels the world Army-wife style with her husband, son, cat, and sweet pupper Scrabble. She wrote Grace and Fury while living in Hawaii.

3 winners will receive a finished copy of QUEEN OF RUIN, US Only.