This week I am excited for Beyond the Black Door by A.M. Strickland and All the Things We Do in the Dark by Saundra Mitchell! 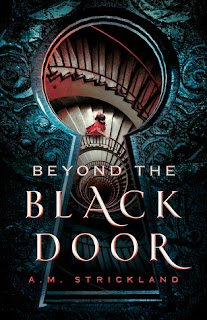 Beyond the Black Door is author AdriAnne Strickland's first book under pseudonym A.M. Strickland! It's a fantasy standalone set in a world where some people can walk between souls. The main character Kamai is one of those people. But everywhere she goes, she sees a black door. She's always been told to ignore the door, which of course means she opens it. Along with the interesting premise, the main character identifies as asexual. This is one of the handful of books coming out this year with asexual characters, which is super exciting!

Kamai was warned never to open the black door, but she didn't listen...

Everyone has a soul. Some are beautiful gardens, others are frightening dungeons. Soulwalkers―like Kamai and her mother―can journey into other people's souls while they sleep.

But no matter where Kamai visits, she sees the black door. It follows her into every soul, and her mother has told her to never, ever open it.

When Kamai touches the door, it is warm and beating, like it has a pulse. When she puts her ear to it, she hears her own name whispered from the other side. And when tragedy strikes, Kamai does the unthinkable: she opens the door.


A.M. Strickland's imaginative dark fantasy features court intrigue and romance, a main character coming to terms with her asexuality, and twists and turns as a seductive mystery unfolds that endangers not just Kamai's own soul, but the entire kingdom... 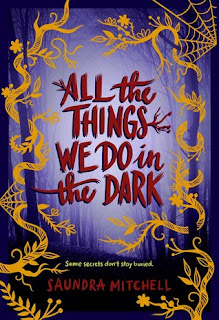 All the Things We Do in the Dark is a thriller of sorts with a touch of magic. The main character Ava survived sexual assault by a stranger as a child. I know that surviving that assault is a large part of the book, but I do not know how much detail it is described in. Additionally, the book has a f/f romance, with Ava falling for new girl Hailey. But the biggest part of the book is the body Ava finds in the woods. Ava wants to find out what happened to the mystery woman, but she doesn't report the body to the police. The book seems to follows Ava's journey as she tries to heal past scars and find the truth about the dead body.

Something happened to Ava. The curving scar on her face is proof. Ava would rather keep that something hidden—buried deep in her heart and her soul.

But in the woods on the outskirts of town, the traces of someone else’s secrets lie frozen, awaiting Ava’s discovery—and what Ava finds threatens to topple the carefully constructed wall of normalcy that she’s spent years building around her.


Secrets leave scars. But when the secret in question is not your own—do you ignore the truth and walk away? Or do you uncover it from its shallow grave and let it reopen old wounds—wounds that have finally begun to heal?