This week I am excited for The Shadows Between Us by Tricia Levenseller and The Winter Duke by Claire Eliza Bartlett! 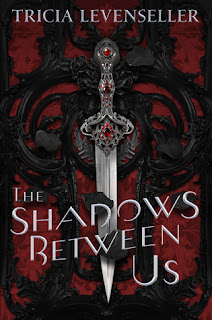 The Shadows Between Us looks like my kind of book! From the description, it makes me think of a combination of The Cruel Prince by Holly Black and The Wrath and the Dawn by Renee Ahdieh! It features a cunning and ambitious heroine named Alessandra. She sets out to kill the mysterious Shadow King, but I bet there'll be some romance in the air. My question is, will the Shadow King also be slightly villainous, or will he be a soft boy with special powers?

Alessandra is tired of being overlooked, but she has a plan to gain power:

No one knows the extent of the freshly crowned Shadow King’s power. Some say he can command the shadows that swirl around him to do his bidding. Others say they speak to him, whispering the thoughts of his enemies. Regardless, Alessandra knows what she deserves, and she’s going to do everything within her power to get it.

But Alessandra’s not the only one trying to kill the king. As attempts on his life are made, she finds herself trying to keep him alive long enough for him to make her his queen—all while struggling not to lose her heart. After all, who better for a Shadow King than a cunning, villainous queen? 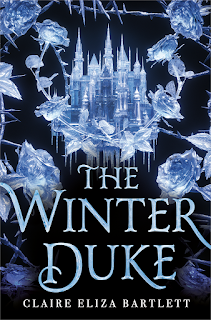 The Winter Duke is the second novel from Claire Eliza Bartlett. I'm actually reading an ARC of it right now! It's a super queer YA fantasy! There's a kingdom above a lake and a kingdom below. They have a tenuous relationship, when tragedy strikes main character Ekata's family, who happen to rule the kingdom above. Ekata is a science nerd like me, so I find her super relatable, and can't wait to see where the story goes!

An enchanted tale of intrigue where a duke's daughter is the only survivor of a magical curse.

When Ekata's brother is finally named heir, there will be nothing to keep her at home in Kylma Above with her murderous family. Not her books or science experiments, not her family's icy castle atop a frozen lake, not even the tantalizingly close Kylma Below, a mesmerizing underwater kingdom that provides her family with magic. But just as escape is within reach, her parents and twelve siblings fall under a strange sleeping sickness.

In the space of a single night, Ekata inherits the title of duke, her brother's warrior bride, and ever-encroaching challengers from without—and within—her own ministry. Nothing has prepared Ekata for diplomacy, for war, for love...or for a crown she has never wanted. If Kylma Above is to survive, Ekata must seize her family's power. And if Ekata is to survive, she must quickly decide how she will wield it.

Part Sleeping Beauty, part Anastasia, with a thrilling political mystery, The Winter Duke is a spellbinding story about choosing what's right in the face of danger.