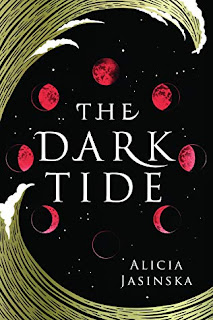 The Wicked Deep meets A Curse So Dark and Lonely in this gripping, dark fairy-tale fantasy about two girls who must choose between saving themselves, each other, or their sinking island city.
Every year on St. Walpurga's Eve, Caldella's Witch Queen lures a boy back to her palace. An innocent life to be sacrificed on the full moon to keep the island city from sinking.
Lina Kirk is convinced her brother is going to be taken this year. To save him, she enlists the help of Thomas Lin, the boy she secretly loves, and the only person to ever escape from the palace. But they draw the queen's attention, and Thomas is chosen as the sacrifice.
Queen Eva watched her sister die to save the boy she loved. Now as queen, she won't make the same mistake. She's willing to sacrifice anyone if it means saving herself and her city.
When Lina offers herself to the queen in exchange for Thomas's freedom, the two girls await the full moon together. But Lina is not at all what Eva expected, and the queen is nothing like Lina envisioned. Against their will, they find themselves falling for each other. As water floods Caldella's streets and the dark tide demands its sacrifice, they must choose who to save: themselves, each other, or the island city relying on them both.
Places to Purchase:
Indiebound
Barnes & Noble
Amazon
Seven Devils by Laura Lam and Elizabeth May 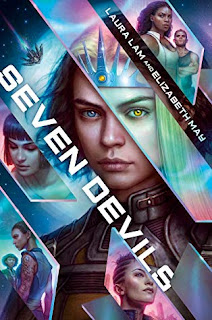 *Just a note, this is Adult not YA*
This first book in a feminist space opera duology follows seven resistance fighters who will free the galaxy from the ruthless Tholosian Empire -- or die trying.
When Eris faked her death, she thought she had left her old life as the heir to the galaxy's most ruthless empire behind. But her recruitment by the Novantaen Resistance, an organization opposed to the empire's voracious expansion, throws her right back into the fray.
Eris has been assigned a new mission: to infiltrate a spaceship ferrying deadly cargo and return the intelligence gathered to the Resistance. But her partner for the mission, mechanic and hotshot pilot Cloelia, bears an old grudge against Eris, making an already difficult infiltration even more complicated.
When they find the ship, they discover more than they bargained for: three fugitives with firsthand knowledge of the corrupt empire's inner workings.
Together, these women possess the knowledge and capabilities to bring the empire to its knees. But the clock is ticking: the new heir to the empire plans to disrupt a peace summit with the only remaining alien empire, ensuring the empire’s continued expansion. If they can find a way to stop him, they will save the galaxy. If they can't, millions may die.
Places to Purchase:
Indiebound
Barnes & Noble
Amazon
Some Kind of Animal by Maria Romasco Moore 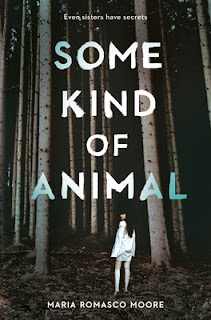 For fans of Wilder Girls and Sadie comes a new story about two girls with a secret no one would ever believe, and the wild, desperate lengths they will go to protect each other from the outside world.
Jo lives in the same Appalachian town where her mother disappeared fifteen years ago. Everyone knows what happened to Jo's mom. She was wild, and bad things happen to girls like that.
Now people are starting to talk about Jo. She's barely passing her classes and falls asleep at her desk every day. She's following in her mom's footsteps.
Jo does have a secret. It's not what people think, though. Not a boy or a drug habit. Jo has a twin sister.
Jo's sister is not like most people. She lives in the woods--catches rabbits with her bare hands and eats them raw. Night after night, Jo slips out of her bedroom window and meets her sister in the trees. And together they run, fearlessly.
The thing is, no one's ever seen Jo's sister. So when her twin attacks a boy from town, everyone assumes that it was Jo. Which means Jo has to decide--does she tell the world about her sister, or does she run?
Places to Purchase:
Indiebound
Barnes & Noble
Amazon
I Am Here Now by Barbara Bottner 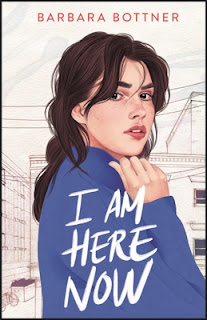 Set in the 1960s, Barbara Bottner's I Am Here Now is a beautiful novel in verse about one artist’s coming of age. It’s a heartbreaking, powerful and inspiring depiction of what it's like to shatter your life―and piece it all back together.
You can’t trust Life to give you decent parents, or beautiful eyes, a fine French accent or an outstanding flair for fashion. No, Life does what it wants. It’s sneaky as a thief.
Maisie's first day of High school should be exciting, but all she wants is to escape.
Her world is lonely and chaotic, with an abusive mother and a father who’s rarely there to help.
So when Maisie, who finds refuge in her art, meets the spirited Rachel and her mother, a painter, she catches a glimpse of a very different world―one full of life, creativity, and love―and latches on.
But as she discovers her strengths through Rachel’s family, Maisie, increasingly desperate, finds herself risking new friendships, and the very future she's searching for.
Places to Purchase:
Indiebound
Barnes & Noble
Amazon
Igniting Darkness by Robin LaFevers 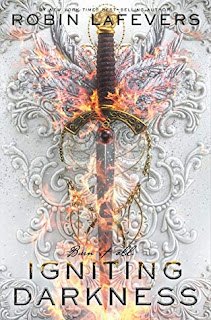 When you count Death as a friend, who can stand as your enemy?
Sybella, novitiate of the convent of Saint Mortain and Death’s vengeance on earth, is still reeling from her God’s own passing, and along with him a guiding hand in her bloody work. But with her sisters on the run from their evil brother and under the watchful eye of her one true friend (and love) at court, the soldier known as Beast, Sybella stands alone as the Duchess of Brittany’s protector.
After months of seeking her out, Sybella has finally made contact with a fellow novitiate of the convent, Genevieve, a mole in the French court. But when Genevieve mistakenly draws the attention of the French king to the convent of Saint Mortain and its deadly arts, she may do her sisters (and herself) more harm than good. Sybella, having already drawn the ire of the French regent, may not be able to depend on her sister and ally as much as she hoped. Still, Death always finds a way, even if it’s not what one expects.
Places to Purchase:
Indiebound
Barnes & Noble
Amazon
Court of Lions by Somaiya Daud 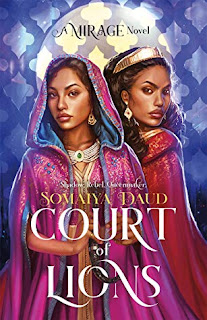 Two identical girls, one a princess, the other a rebel. Who will rule the empire?
After being swept up into the brutal Vathek court, Amani, the ordinary girl forced to serve as the half-Vathek princess's body double, has been forced into complete isolation. The cruel but complex princess, Maram, with whom Amani had cultivated a tenuous friendship, discovered Amani's connection to the rebellion and has forced her into silence, and if Amani crosses Maram once more, her identity - and her betrayal - will be revealed to everyone in the court.
Amani is desperate to continue helping the rebellion, to fight for her people's freedom. But she must make a devastating decision: will she step aside, and watch her people suffer, or continue to aid them, and put herself and her family in mortal danger? And whatever she chooses, can she bear to remain separated, forever, from Maram's fiancé, Idris?
Places to Purchase:
Indiebound
Barnes & Noble
Amazon
More Than Just a Pretty Face by Syed M. Masood 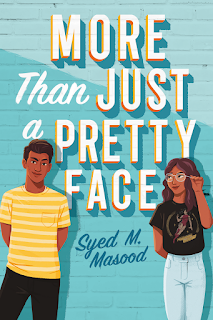 For fans of Becky Albertalli and Jenny Han, a sweetly funny YA rom-com debut about falling in love, familial expectations, and being a Renaissance Man.
Danyal Jilani doesn't lack confidence. He may not be the smartest guy in the room, but he's funny, gorgeous, and going to make a great chef one day. His father doesn't approve of his career choice, but that hardly matters. What does matter is the opinion of Danyal's longtime crush, the perfect-in-all-ways Kaval, and her family, who consider him a less than ideal arranged marriage prospect.
When Danyal gets selected for Renaissance Man--a school-wide academic championship--it's the perfect opportunity to show everyone he's smarter than they think. He recruits the brilliant, totally-uninterested-in-him Bisma to help with the competition, but the more time Danyal spends with her...the more he learns from her...the more he cooks for her...the more he realizes that happiness may be staring him right in his pretty face.
Places to Purchase:
Indiebound
Barnes & Noble
Amazon
The Game by Linsey Miller 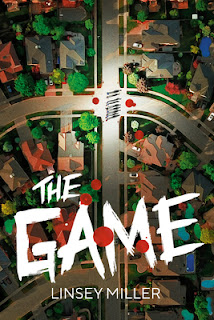 If you loved American Horror Story 1984, you'll die for this paperback original thriller mashup of Agatha Christie's The A.B.C. Murders and Riverdale in which a game turns deadly with a killer who picks his victims one by one, letter by letter.
Every year the senior class at Lincoln High plays assassin. Lia Prince has been planning her strategy for years and she's psyched that not only does she finally get to play, she's on a team with Devon Diaz. But this year, the game isn't any fun--it's real. Abby Ascher, Ben Barnard, and Cassidy Clarke have all turned up . . . dead. Can Lia stop the ABC killer before he reaches D?
Places to Purchase:
Indiebound
Barnes & Noble
Amazon
Are you especially excited for any of the books coming out this week? Let me know in the comments!
Posted by Isabel C at 8/06/2020 12:00:00 AM