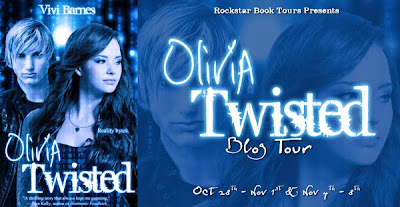 The last blog tour of the week! It's been super fun having all of these, but talk about exhausting! Check out the post below for my review, the book trailer, an awesome giveaway (seriously, I'm really tempted to enter), and the rest of the tour dates! 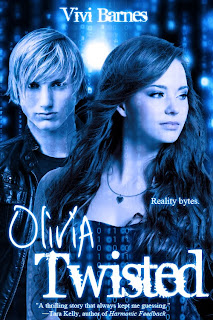 Holy *bleep* Olivia Twisted was good! I went into it with lowish expectations (not usually my kind of book) and being dead tired after reading four books since Sunday. Blog tours are tiring people! It was an amazing read that I could not put down! It started off kinda slow, but picked up almost immediately. For those of you that have read A Girl Named Digit (which I highly recommend) this is for you! Realistic story with crazy-smart female lead who ends up getting in way over her head.

The main character is Olivia. First off, at the beginning of each chapter, there is an excerpt from Oliver Twist. In this book, the other characters have to 'twist' Olivia. Olivia Twisted, Oliver Twist. Get it? Anyway, Olivia is a true heroin that I can admire. She's been faced with the foster care system since her mother died and it hasn't been easy. Yet she stands up after, has a series of rules for herself that keep her out of trouble and that every kid should have. Olivia has strong morals, and when people she love are doing things that don't agree with these morals, she says 'No matter how much I love you, I can't stand by you as you do this.' She manages to take most things in stride, and faces touch situations with a calm face and a rock-hard (ish) plan.

The other main character is Z. Yes, Z. A slightly cheesy point that's brought up at one time is that his nickname is Dodger, which is the name of Oliver's friend (I think) from Oliver Twist. Z is a hacker. He does bad things. And his job is to twist Olivia. His morals are not nearly as strong as Olivia's, and I believe his character as a person is lacking, but as he meets and interacts with Olivia, he slowly begins to truly find himself and where he belongs. What Z really needed was someone who made him truly feel something and would inspire him to be better. Olivia is that person.

My one big complaint, we as readers don't know what happens to the other characters. We know what happens to Olivia and Z, but his family and their friends are left hanging. From how the story turns out up to that point, the readers are given an assumption, but nothing is solid. While I didn't feel a connection to all the various side characters, each one of them struck me in some way. The plot doesn't necessarily twist (hehe) and turn like some books, but it does leave the reader wanting more. The story is successfully wrapped up, save for the item mentioned above, and it can definitely stand alone. Not to say that I wouldn't want a spin-off of some kind about Sam and the other kids from Monroe Street. The book definitely deserves a full five stars! 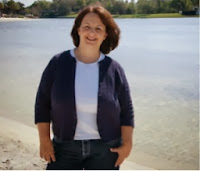 Originally from East Texas (the accent comes out more often than not), Vivi now lives in the magic and sunshine of Orlando, FL with her very understanding husband and three kids. She’s an extrovert with awkward blogging tendencies. Her debut novel, OLIVIA TWISTED, comes out November 5, 2013 from Entangled Teen!

He tilts my chin up so my eyes meet his, his thumb brushing lightly across my lips. I close my eyes. I know Z is trouble. I know that being with him is going to get me into trouble. I don’t care.

At least at this moment, I don’t care.

Tossed from foster home to foster home, Olivia’s seen a lot in her sixteen years. She’s hardened, sure, though mostly just wants to fly under the radar until graduation. But her natural ability with computers catches the eye of Z, a mysterious guy at her new school. Soon, Z has brought Liv into his team of hacker elite—break into a few bank accounts, and voila, he drives a motorcycle. Follow his lead, and Olivia might even be able to escape from her oppressive foster parents. As Olivia and Z grow closer, though, so does the watchful eye of Bill Sykes, Z’s boss. And he’s got bigger plans for Liv…

I can picture Liv’s face: wide-eyed, trusting. Her smooth lips that taste like strawberry Fanta.

It was just a kiss. That’s all. She’s just like any other girl.

Except that she’s not.

Thanks to Z, Olivia’s about to get twisted.

You Can Find it At:
Amazon
Barnes& Noble
Goodreads 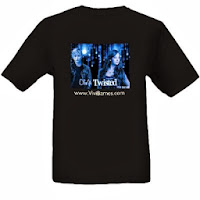 Second and Third Prizes: 2 $10 iTunes Gift Cards US Only