Touch of Death by Kelly Hashway 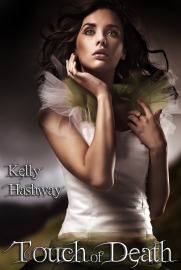 Touch of Death was really good. I've been wanting to read this series for a while, and when I heard it had Greek mythology, I was ecstatic. I bought the first book in December and got it New Year's Eve. It wasn't as good as expected, but was still phenomenal. That said, there is no doubt in my mind that it lives up to the hype it has been given. I can't wait to read the next two books.

The main character is Jodi. A few pages into the book, you learn her birthday and I about had a field day. Why? Because Jodi, the author, and I ALL have the same birthday! Don't believe me, look here:


Besides being endlessly cool, because the main character has that birthday, she has special powers. Does that mean I have special powers too? (Sadly, I do not. I tried them on my friends and they did not work.) But seriously, Jodi is a cool protagonist. A little too whiney at parts, but overall, a likable heroin. She tends to jump to conclusions, but everyone has their faults. Jodi is also extremely powerful. She's a direct descendant of Medusa and has some crazy awesome powers that go along with that.

The plot is fast moving. I easily read this in 24 hours. So, clear your schedule for the afternoon and get reading! There's action, romance *swoon*, and SO much more! The male protagonist Alex would make any reader swoon. At points, the book can be cheesy, but it's still good. The second book is out and the third (and final) book comes out in a couple weeks! Definitely a fun read that you won't regret! 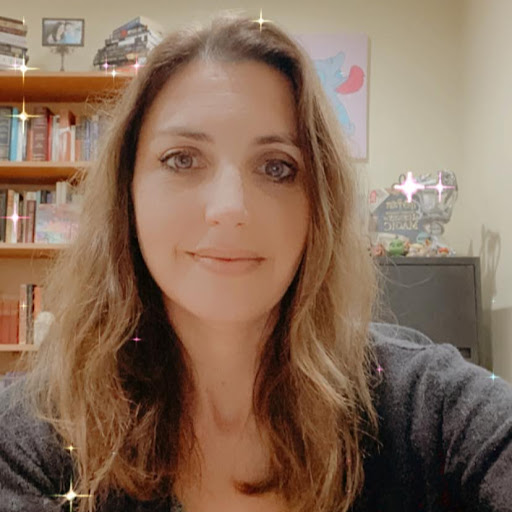 I am the young adult author of TOUCH OF DEATH (Spencer Hill Press), STALKED BY DEATH (SHP), FACE OF DEATH (SHP, 1/7/14), INTO THE FIRE (Month9Books, 4/1/14), and THE MONSTER WITHIN (SHP, 4/7/14), and my debut MG series CURSE OF THE GRANVILLE FORTUNE releases 10/14 through Month9Books. I'm represented by Lauren Hammond of ADA Management.

Jodi Marshall isn't sure how she went from normal teenager to walking disaster. One minute she's in her junior year of high school, spending time with her amazing boyfriend and her best friend. The next she's being stalked by some guy no one seems to know. After the stranger, Alex, reveals himself, Jodi learns he's not a normal teenager and neither is she. With a kiss that kills and a touch that brings the dead back to life, Jodi discovers she's part of a branch of necromancers born under the 13th sign of the zodiac, Ophiuchus. A branch of necromancers that are descendants of Medusa. A branch of necromancers with poisoned blood writhing in their veins. Jodi's deadly to the living and even more deadly to the deceased. She has to leave her old, normal life behind before she hurts the people she loves. As if that isn't difficult enough, Jodi discovers she's the chosen one who has to save the rest of her kind from perishing at the hands of Hades. If she can't figure out how to control her power, history will repeat itself, and her race will become extinct.