I'm so happy to be part of the 30 Days of Recruit Z! Today, I have the author's playlist, a character interview, AND a giveaway! Read on for loads of fun! 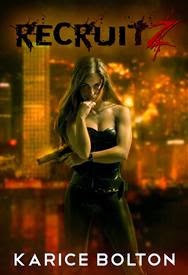 RecruitZ flash sale during the event! Only $.99!

Thank you so much for having me during the 30 Days of RecruitZ! So, the playlist for RecruitZ is the longest one I’ve ever had. Usually, there are about 30 songs or so in heavy rotation. But not this time! I had over 150 songs on there so I’ve been dividing them up between the blogs. I always love sharing my playlists.

Ghosts That We Knew by Mumford & Sons

Sympathy for the Devil by Rolling Stones

This is What it Feels Like by Armin van Buuren

Rebekah: Did you expect to survive the outbreak?

Preston: In the beginning, I thought I’d make it through without a doubt. In the middle of it, there were times I wasn’t sure I’d make it one more hour let alone to the end of the outbreak…But I never imagined that I would live through the outbreak, only to have my family ripped away from me. I mean we were told it was safe again. And then I found out there were others experiencing the same thing.

Rebekah: Meeting you came at the right time. I was as low as I’d ever been. I felt so alone after my husband was killed and no one would believe me, what I saw. I thank you for giving me a chance to tell my story.

Preston: Our truths need to be heard. What about you? Did you expect survive the outbreak?

Rebekah: Depended on the day. When Gavin and I were in the middle of the forest, creating our own world, I thought it was a possibility. But the moment we’d get near a city, I wasn’t so sure. Seeing the horrors and the devastation, it made it hard to believe there was a way out. Do you think our world will ever be the same?

Preston: No. I think that innocence is lost, and I don’t know that it can ever exist until a new generation is born. Man, that sounds depressing, doesn’t it?

Preston: I’m grateful I have you on my side, Rebekah.

Rebekah: I feel the same way about you, like anything is possible in the Afterworld.

Scientists are the new rock stars. The infection has been contained for several months, and the world is celebrating. But humans are still dying. Rebekah Taylor has seen it firsthand. Her husband was killed right in front of her by the very creatures that humans were told they no longer had to fear.

Rebekah is determined to find out who is responsible for the death of her husband and the obvious cover-up. Fueled with revenge, she begins to find answers that lead to one frightening conclusion. The apocalypse might be over, but the battles are just beginning.

Karice lives in Washington with her wonderful husband, who also happens to be her high school sweetheart and their two cute English bulldogs! She enjoys reading, baking, and trying to be crafty on her off-hours. She's also a coffee, tea, and snow addict. If she could live somewhere that had the white stuff year-round, she probably would. She also loves chatting with her readers on Facebook! 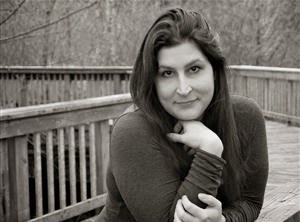 After writing mostly YA/NA paranormal romance, she branched out into contemporary romance with the Beyond Love Series. She is currently working on the third book, Beyond Reason, and looks forward to sharing Lily's story with her readers. Another fun project for her is The Afterworld Series, which delves into the world after the zombies have been laid to rest…or so people think. It's a fast-paced and thrilling fantasy adventure, which she absolutely adores.

Karice lives in Washington with her wonderful husband, who also happens to be her high school sweetheart and their two cute English bulldogs! She enjoys reading, baking, and trying to be crafty on her off-hours. She's also a coffee, tea, and snow addict. If she could live somewhere that had the white stuff year-round, she probably would. She also loves chatting with her readers on Facebook!