All That Glows by Ryan Graudin 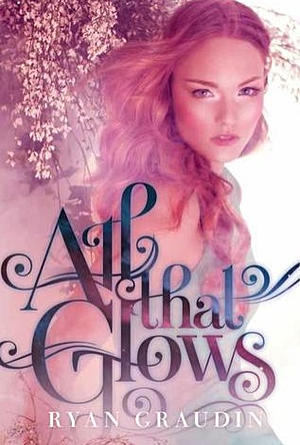 First and foremost, I love books about faeries. They are the bestest thing ever. And second, an apology to Ryan Graudin. Why? Because when I first heard about the book, and right up until I'd finished chapter one, I thought she was also Lesley Livingston, author of A Wondrous Strange and that All That Glows was a spin-off novel. To be fair, the covers are VERY similar! ANYWAYS, once I straightened that out, I dug in. In fact, I read the entire book this afternoon. Considering it took me a week each to read the last two books I've read (major reading slump), that is a big accomplishment along with a REALLY GOOD THING! This book drew me in and wouldn't let me go. Trust me, I haven't done anything BUT read this book since I started it!

The main character is Emrys and she is awesome! I love books where the main character knows about the supernatural stuff before page one (ex. Throne of Glass, Vampire Academy, Half-Blood, and Anna Dressed in Blood). It eliminates the many chapters, and sometimes entire novel, where the main character is stuck denying, and eventually accepting, his or her magical abilities. Emrys knows she's a faery, it would be bad if she didn't, considering that she's hundreds of years old. Also, it's really awesome that she's the old one here, instead of the guy. The guy is generally the one who comes into the girls' life starts the chain reaction. Instead, Emrys tells the guy about magic, and while he's going through the stages of acceptance, Emrys can go out and be kick-butt. Emrys is confident in herself. I loved reading from her point of view.

While the romance in the book didn't take forever, it wasn't insta-love either, which I really liked. There was that instant spark/attraction/thing that's totally okay. The characters didn't get it, and weren't professing feelings for each other until about halfway through the book. They fell in love slowly, which was really nice. The plot was amazingly fast, and while I suspected part of the end, others still came as a big surprise! Also, I'm pretty sure this book is a standalone. And as much as I want more of this world, I loved the ending and don't know if I can stand to see the characters go through more trouble. A novella that takes place two years in the future would be totally different and totally okay, of course! (hint hint, wink wink) The ending of the book deviated from the typical ending, and was super cool to see. Trust me, you will love this book. Great for fans of Julie Kagawas' The Iron Fey and Lesley Livingstons' A Wondrous Strange, I give this book five stars! 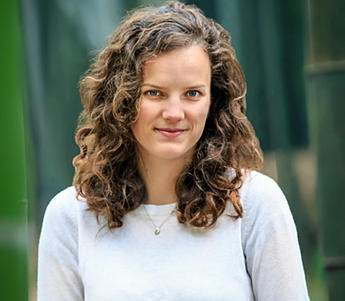 Ryan Graudin grew up in Charleston and graduated from the College of Charleston with a degree in Creative Writing in 2009. She is the author of All That Glows and The Walled City. She resides near Charleston with her husband and wolf-dog.

Emrys—a fiery, red-headed Fae—always embraced her life in the Highlands, far from the city’s draining technology, until she’s sent to London to rejoin the Faery Guard. But this isn’t any normal assignment—she’s sent to guard Prince Richard: Britain’s notorious, partying bad boy and soon-to-be King. The prince’s careless ways and royal blood make him the irresistible for the dark spirits that feed on mortals. Sweet, disheveled, and alive with adventure—Richard is one charge who will put Emrys’s magic and heart to the test.

When an ancient force begins preying on the monarchy, Emrys must hunt through the London’s magical underworld, facing down Banshees, Black Dogs and Green Women to find the one who threatens Richard’s life. In this chaos of dark magic, palace murders and paparazzi, Emrys finds herself facing an impossible choice. For despite all her powers, Emrys has discovered a force that burns brighter than magic: love.