Grr... this is what I get for missing a week of blogging. Anyways! I'm anxiously awaiting two books this week! One, if The Art of Lainey by Paula Stokes! I've had this book preordered FOREVER and can't wait to read it! It looks super fun and I hope to be laughing the whole time. *looks at calendar* Oh, I am going to murder you school. Apparently, I'll be out of town the week it releases which means AN EVEN LONGER WAIT!!!!!!

The second book I'm excited for is Ignited by Corrine Jackson! After the major cliffhanger of the previous book, I am DYING for this! This series is super interesting and just AHHHHH!!!! Also, I won a copy from the author and am crossing my fingers that it'll get here any time now!

The Art of Lainey 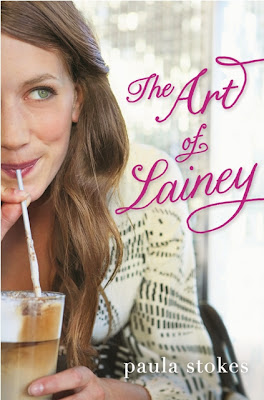 Soccer-star Lainey Mitchell is gearing up to spend an epic summer with her amazing boyfriend, Jason, when he suddenly breaks up with her—no reasons, no warning, and in public no less! Lainey is more than crushed, but with help from her friend Bianca, she resolves to do whatever it takes to get Jason back.


And that’s when the girls stumble across a copy of The Art of War. With just one glance, they're sure they can use the book to lure Jason back into Lainey’s arms. So Lainey channels her inner warlord, recruiting spies to gather intel and persuading her coworker Micah to pose as her new boyfriend to make Jason jealous. After a few "dates", it looks like her plan is going to work! But now her relationship with Micah is starting to feel like more than just a game.

Ever since Remy O’Malley discovered her dual identity as a Healer and a Protector, she’s kept alive by staying one step ahead of both sides in this centuries-old war. Now someone’s trying to draw her out of hiding, using her kidnapped father as bait.

To save him, Remy will need every friend she’s got. But as new alliances form, old bonds fray. Her boyfriend Asher is losing his powers, becoming more mortal every time she touches him. Meanwhile, Remy finds herself growing closer to Asher’s brother Gabe, even as a family tragedy drives her sister Lucy farther away.

On a rescue mission to London, Remy decides she’s tired of being the hunted. It’s time to end this war once and for all, as Protectors and Healers alike hurtle towards a final, violent confrontation that not everyone will survive.