I read Forbidden years ago. So long ago that I marked it within my first few days of joining Goodreads back in 2013. If I remember correctly I think I got it at a Scholastic Book Fair back in middle school. I was super excited when I found out that Embolden was coming out. I remember feeling that Forbidden didn't feel quite wrapped up, and I'm glad that the series is being continued! 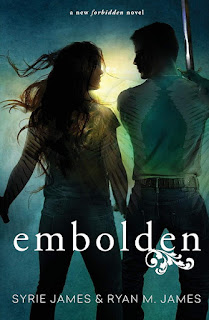 The world is trying to tear them apart.
Will they stand together and fight back?

After a season of psychic visions and super-powered drama, Claire Brennan and her angel-gone-AWOL boyfriend Alec MacKenzie can finally be together. Under the protection of Claire’s grandmother, they are trying to lead a normal life, going to high school at Emerson Academy and hanging out with their friends.

But jealous teenagers, vengeful enemies, the city’s new Watcher, and even the school play threaten to break them apart. Not to mention Claire’s surprising second power, which could sabotage the trust of everyone she holds dear. And just when they need to stick together, they finally get a lead on where Claire’s missing father might be.

The threats, which come not only from without but also from within, will test the strength of Alec and Claire’s relationship. Is the love they share enough to keep them safe? If they want to stay together … can they learn to fight together?

You Can Find it At:
Goodreads
Amazon
Barnes & Noble
Book Deposity

"5 stars! … Like the first time, I devoured it again in one sitting and cherished the tandem of Alec and Claire … I felt like I was watching a movie with superb scriptwriting ... I was so invested and just kept turning the page. Now I am biting my nails in anticipation on what comes next." —NightlyReading

"I read Forbidden and Embolden in three days. Absolutely loved them both! I love Syrie James so as soon as I saw her name I had to read it. Thank you for a great story. 4 stars!" —Bloom Magic 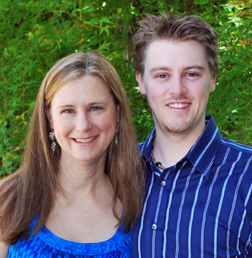 Syrie: like the App, only spelled better.
Syrie James is an author and screenwriter who specializes in love stories and romance. Her novels have received critical acclaim, hit the bestsller list, won awards, and been translated into eighteen languages.

A member of the Writer's Guild of America, Syrie has twenty sold and produced screenplays in a variety of genres, and new scripts that have won industry contests.

In all her work, Syrie places a strong emphasis on story structure, ensuring that her characters' arcs take them on a journey of growth and discovery.

Syrie has addressed numerous organizations as a keynote speaker, and has written, produced, directed, and performed in original theatrical productions across North America and in England, including four appearances as Jane Austen.

Syrie lived in France as a child, an experience that instilled in her a lifelong love of language, foreign culture, and traveling. She and her husband currently live in Los Angeles. In addition to her passion for writing, she enjoys reading, theater, great food, board games, costume design, the out of doors, and above all, spending time with friends and family.

Ryan M James is a writer, editor & director with a diverse range of creative and technical experience in both film and video games. By day, Ryan works as an editor for the games industry. Under cover of night, he conjures stories for print, screen, and web. He has co-written screenplays, directed an independent feature and shorts, and created the popular machinima webseries A CLONE APART.

Regardless of genre or medium, Ryan never tires of the thrill of artistic collaboration on a project. He uses his technical expertise and knowledge of storytelling techniques to direct, edit, and/or write compelling pieces with a visual style and a strong sense of narrative. When working on games, he participates in every stage of narrative production, from script to recording to editing to implementation.

In 2001, Ryan co-founded his production company ILLUSIVE ENTERTAINMENT, where he’s directed an online game demo, the feature film REAL, and several shorts, including the award-winning DREAMTIME and its sequel, WITHOUT WORDS. Ryan has meanwhile spent over a decade crafting trailers, cinematics, behind-the-scenes and recruiting material for game developers small and large, including the former PANDEMIC STUDIOS and now NAUGHTY DOG.

Ryan is currently working on a sequel to his first novel FORBIDDEN, co-authored with his mother Syrie James, as well as several other [currently hush-hush] developments.

Giveaway is open to International.
Must be 13+ to Enter
1 Winner will receive a $20 Amazon Gift Card. 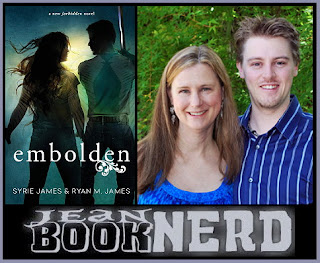