This week I'm excited for The Tenth Girl by Sara Faring and Rebel by Marie Lu! 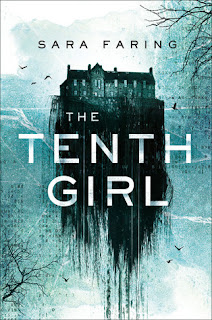 The Tenth Girl is a YA horror novel, which isn't immediately my cup of tea, but it looks interesting. Both the color scheme of the cover and the general description remind me of Wilder Girls by Rory Power, which I absolutely adored. There's mixed reviews on Goodreads, with many readers saying they predict it will be a polarizing book. Which isn't too much of a surprise for a debut with such an ambitious plot. Whether I'll love it or not is yet to be determined, but it definitely looks interesting! It's also really cool that the book takes place in Argentina. I feel like there's not a ton of YA set in South America, so the setting is a bonus!

Simmering in Patagonian myth, The Tenth Girl is a gothic psychological thriller with a haunting twist.

At the very southern tip of South America looms an isolated finishing school. Legend has it that the land will curse those who settle there. But for Mavi—a bold Buenos Aires native fleeing the military regime that took her mother—it offers an escape to a new life as a young teacher to Argentina’s elite girls.

Mavi tries to embrace the strangeness of the imposing house—despite warnings not to roam at night, threats from an enigmatic young man, and rumors of mysterious Others. But one of Mavi’s ten students is missing, and when students and teachers alike begin to behave as if possessed, the forces haunting this unholy cliff will no longer be ignored.

One of these spirits holds a secret that could unravel Mavi's existence. In order to survive she must solve a cosmic mystery—and then fight for her life. 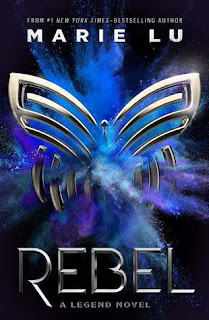 The second book I'm excited for is Rebel by Marie Lu! And when I say excited, I mean nearly exploding with anticipation! I loved the Legend trilogy, but I've always been a little dissatisfied with the ending. Personally I'm a big fan of HEAs, and the ending of Champion was pretty open. So to get a book featuring Day (now known as Daniel) and his younger brother Eden, is super awesome. Champion also is ambiguous on how much Day remembers June, but the synopsis of Rebel suggests that he does. And that he's still in love with her. Give me that! Justice for June (and her heart)! One of the things that has me most interested is that the book seems to take place in Antarctica. While the original trilogy gave some description of the country, we never got to know it well. I've been intrigued by the setting for a while, so I can't wait to see it in Rebel! The only thing I'm disappointed about is that it doesn't seem to have June's POV, which I would love to see more of.

With unmatched suspense and her signature cinematic storytelling, #1 New York Times–bestselling author Marie Lu plunges readers back into the unforgettable world of Legend for a truly grand finale.

Eden Wing has been living in his brother’s shadow for years. Even though he’s a top student at his academy in Ross City, Antarctica, and a brilliant inventor, most people know him only as Daniel Wing’s little brother.

A decade ago, Daniel was known as Day, the boy from the streets who led a revolution that saved the Republic of America. But Day is no longer the same young man who was once a national hero. These days he’d rather hide out from the world and leave his past behind. All that matters to him now is keeping Eden safe―even if that also means giving up June, the great love of Daniel’s life.

As the two brothers struggle to accept who they’ve each become since their time in the Republic, a new danger creeps into the distance that’s grown between them. Eden soon finds himself drawn so far into Ross City’s dark side, even his legendary brother can’t save him. At least not on his own . . .