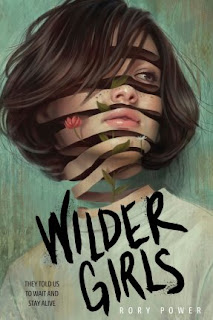 It's been eighteen months since the Raxter School for Girls was put under quarantine. Since the Tox hit and pulled Hetty's life out from under her.

It started slow. First the teachers died one by one. Then it began to infect the students, turning their bodies strange and foreign. Now, cut off from the rest of the world and left to fend for themselves on their island home, the girls don't dare wander outside the school's fence, where the Tox has made the woods wild and dangerous. They wait for the cure they were promised as the Tox seeps into everything.

But when Byatt goes missing, Hetty will do anything to find her, even if it means breaking quarantine and braving the horrors that lie beyond the fence. And when she does, Hetty learns that there's more to their story, to their life at Raxter, than she could have ever thought true.

You Can Find it At:
Regulator Bookshop
Goodreads
Amazon
Barnes and Noble
Books-A-Million
Indiebound
Target

When I first heard about Wilder Girls, I wasn't immediately intrigued. But I followed the author on Twitter and my interest piqued. Specifically her edit of the cover stating that the book is gay. As the book approached release, more and more people started talking about how amazing it is. I decided to order the book, but was out of town when it released. I finally picked it up when I was home. I had a slow day at work, and I managed to read half the book during my shift. I got that evening and stayed up late so I could finish it. Long story short, this book took me by surprise, grabbed me by the shoulders, and wouldn't let go.

Also, a quick note, the book covers some hard topics, so check out the author's content warnings here.

The main character is Hetty. Most of the book is from her POV, with a handful of chapters from Byatt's POV. An interesting bit about Hetty and the rest of the characters is that they're all a bit feral. They've been trapped on an island for months, with no sign of escape in the foreseeable future. In fact, the book starts with a brutal fight between Hetty and Reese, who is also the love interest. Due to the large amount of death and destruction in the book, there isn't much time for romance. I did like getting to see Hetty and Reese grow closer and realize their feelings for each other.

Byatt was a bit more of a mystery. The only times we see her POV, Byatt is not exactly in a decent state of mind. While Hetty is out to survive, Byatt seems to enjoy sowing chaos. She grew up in a situation where the main way to get attention was to get in trouble. She was sent to Raxter when her behavior became too much for her parents. Of the three main characters, Byatt was also the only one there that was actually paying to be there. Hetty was there on a military family scholarship and Reese's father worked at the school. Due to the fact that they're trapped on the island, we don't get much information about their families save from flashbacks. I want to know more, and I hope that if a sequel happens, we get to see their families, specifically Hetty's father.

Wilder Girls takes place in either present day or near future. It's hinted at from the beginning that the odd changes on the island are related to climate change. The native animals of the island are bigger and more dangerous than before. The locals crabs and flowers turn black and blue upon death. Just like the girls when they die.

The entirety of the novel takes place in just a couple places. Most of the book takes place at Raxter, with some time exploring the surrounding woods. Byatt's chapters take place in a separate location that's unclear to the reader. Despite this lack of movement, the world felt big. When you're confined to a small space for as long as these girls have, just a little more room feels like a lot.

This book was absolutely amazing! It was creepy but not scary. The book isn't afraid to 'go there' in regard to multiple things. The book was wonderful, and I really hope that there will be a sequel! To sum up my feelings, are some of my tweets from right after I finished the book. 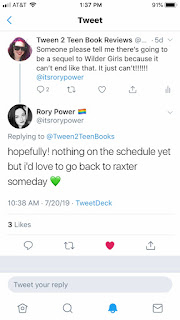 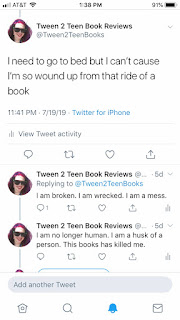 Have you read Wilder Girls? Are you interested in reading it? 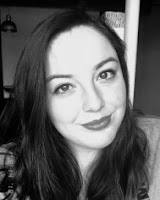 Rory Power grew up in New England, where she lives and works as a crime fiction editor and story consultant for TV adaptation. She received a Masters in Prose Fiction from the University of East Anglia, and thinks fondly of her time there, partially because she learned a lot but mostly because there were a ton of bunnies on campus.

Wilder Girls is her first novel, and will publish with Delacorte Press on July 9, 2019. She is represented by Daisy Parente at Lutyens & Rubinstein, and Kim Witherspoon at InkWell Management.