This week I'm excited for Ninth House by Leigh Bardugo and Scars Like Wings by Erin Stewart! 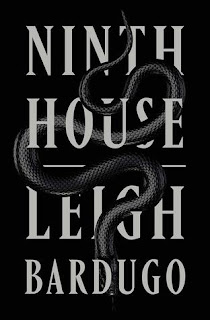 Before I go any further, I want to note that Ninth House is NOT a YA book. It is Bardugo's adult debut. Additionally, the book has graphic content that many readers won't be comfortable with. Supposedly the publisher is working on adding Trigger Warnings to the final copy, but for now, here's a link to a review with them. People on Twitter have really been loving the book. While I'm probably going to need to skim some sections due to content, I'm still excited for this book! I've heard the book has a good romance as well. There's the chance this won't end up being the book for me, but I definitely want to check it out! Also, the main character is named Galaxy. How cool is that?!?!

Galaxy “Alex” Stern is the most unlikely member of Yale’s freshman class. Raised in the Los Angeles hinterlands by a hippie mom, Alex dropped out of school early and into a world of shady drug dealer boyfriends, dead-end jobs, and much, much worse. By age twenty, in fact, she is the sole survivor of a horrific, unsolved multiple homicide. Some might say she’s thrown her life away. But at her hospital bed, Alex is offered a second chance: to attend one of the world’s most elite universities on a full ride. What’s the catch, and why her?


Still searching for answers to this herself, Alex arrives in New Haven tasked by her mysterious benefactors with monitoring the activities of Yale’s secret societies. These eight windowless “tombs” are well-known to be haunts of the future rich and powerful, from high-ranking politicos to Wall Street and Hollywood’s biggest players. But their occult activities are revealed to be more sinister and more extraordinary than any paranoid imagination might conceive. 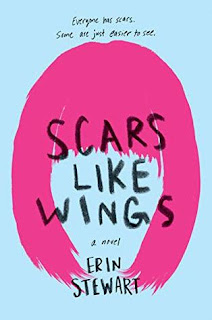 Scars Like Wings is very different from Ninth House. For starters, we're back to YA. In Scars Like Wings, the main character Ava is a burn survivor. Additionally, the fire that caused her burns killed her parents. She's now starting back up at school at the behest of her aunt and uncle, despite her misgivings. I've seen reviews highly praising the writing, so I can't wait to dig in and soak up the beautiful words! Ava is a survivor, and her tale of survival is one I can't wait to read!

Before, I was a million things. Now I'm only one. The Burned Girl.

Ava Lee has lost everything there is to lose: Her parents. Her best friend. Her home. Even her face. She doesn't need a mirror to know what she looks like--she can see her reflection in the eyes of everyone around her.

A year after the fire that destroyed her world, her aunt and uncle have decided she should go back to high school. Be "normal" again. Whatever that is. Ava knows better. There is no normal for someone like her. And forget making friends--no one wants to be seen with the Burned Girl, now or ever.


But when Ava meets a fellow survivor named Piper, she begins to feel like maybe she doesn't have to face the nightmare alone. Sarcastic and blunt, Piper isn't afraid to push Ava out of her comfort zone. Piper introduces Ava to Asad, a boy who loves theater just as much as she does, and slowly, Ava tries to create a life again. Yet Piper is fighting her own battle, and soon Ava must decide if she's going to fade back into her scars . . . or let the people by her side help her fly.