This week is probably gonna be tough. The pandemic alone is enough to generate major anxiety at any given time. So the election, and everything that comes with it, is gonna make a lot of us lose our minds. If, like me, you are looking for a way to keep from drowning, I highly recommend checking out one of this week's new releases!
Mind the Gap, Dash & Lily by Rachel Cohn and David Levithan 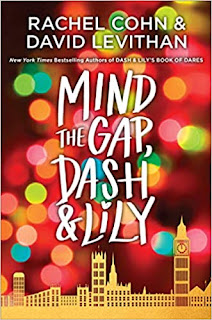 For Dash and Lily, it's beginning to look a lot like...distance! Just in time for the series release of Dash & Lily on Netflix comes a new helping of love--this time across the pond as best-selling authors Rachel Cohn and David Levithan send Dash and Lily to England.
Dash and Lily were feeling closer than ever...it's just too bad they're now an ocean apart. After Dash gets accepted to Oxford University and Lily stays in New York to take care of her dogwalking business, the devoted couple are struggling to make a long distance relationship work. And when Dash breaks the news that he won't be coming home for Christmas, Lily makes a decision: if Dash can't come to her, she'll join him in London. It's a perfect romantic gesture...that spins out of Lily's control. Soon Dash and Lily are feeling more of a gap between them, even though they're in the same city. Will London bring them together again--or will it be their undoing?
Places to Purchase:
Indiebound
Barnes & Noble
Amazon
Beautiful Wild by Anna Godbersen 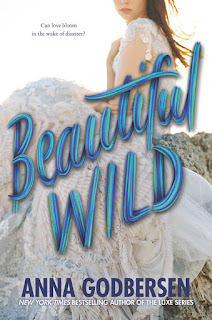 You are invited to set sail on the maiden voyage of the SS Princess of the Pacific in this indulgent historical romance from Anna Godbersen, the New York Times bestselling author of the Luxe series.
Vida Hazzard can see her future: aboard the heralded “Millionaire’s Ship of the West,” she’ll charm the young scion Fitzhugh Farrar, resulting in a proposal of marriage.
But Vida didn’t plan on Fitz’s best friend, Sal, a rough-around-the-edges boy with a talent for getting under her skin. Nor did she anticipate a hurricane dashing their ship to pieces, along with her dreams.
Stranded on an island with both Fitz and Sal, Vida is torn between the life she’s always planned for, and a future she’s never dared to want. As they desperately plot a course for home, Vida will discover just which boy can capture her wild heart—and where her future truly lies.
Places to Purchase:
Indiebound
Barnes & Noble
Amazon
Send Me Their Souls by Sara Wolf 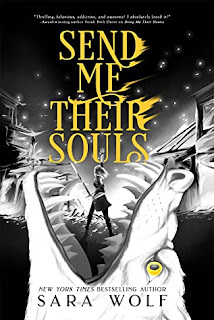 There are worse things than death.
With the rise of Varia d’Malvane comes the fall of the Mist Continent. Cavanos is overrun by the brutal rampage of the valkerax, led by its former crown princess. Vetris is gone. Helkyris is gone. As each mighty nation falls, the grip of the crown princess closes around the throat of the world.
But Zera Y’shennria isn’t out yet.
Alongside Malachite, Fione, Yorl, and her love Lucien, Zera seeks aid from the High Witches and the Black Archives, with the valkerax horde hot on their heels. Seemingly unstoppable, Varia can track Zera through her dreams, ensuring there is nowhere to run. Thankfully, an ancient book holds the key to stopping the incursion forever.
But at what cost comes freedom?
At what cost comes love?
At what cost comes the end of the world, and the beginning of a new one?
Places to Purchase:
Indiebound
Barnes & Noble
Amazon
The Ravens by Kass Morgan and Danielle Paige 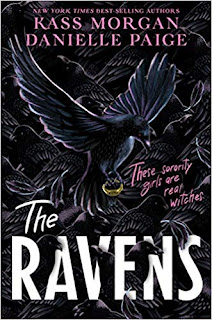 From New York Times best-selling authors Kass Morgan and Danielle Paige comes a thrilling, dark contemporary fantasy about a prestigious sorority of witches and two girls caught up in its world of sinister magic and betrayals.
At first glance, the sisters of ultra-exclusive Kappa Rho Nu—the Ravens—seem like typical sorority girls. Ambitious, beautiful, and smart, they’re the most powerful girls on Westerly College’s Savannah, Georgia, campus.
But the Ravens aren’t just regular sorority girls. They’re witches.
Scarlett Winter has always known she’s a witch—and she’s determined to be the sorority’s president, just like her mother and sister before her. But if a painful secret from her past ever comes to light, she could lose absolutely everything . . .
Vivi Devereaux has no idea she’s a witch and she’s never lived in one place long enough to make a friend. So when she gets a coveted bid to pledge the Ravens, she vows to do whatever it takes to be part of the magical sisterhood. The only thing standing in her way is Scarlett, who doesn’t think Vivi is Ravens material.
But when a dark power rises on campus, the girls will have to put their rivalry aside to save their fellow sisters. Someone has discovered the Ravens’ secret. And that someone will do anything to see these witches burn . . .
Places to Purchase:
Indiebound
Barnes & Noble
Amazon
The Girl Who Wasn't There by Penny Joelson 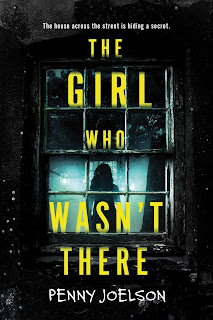 I know what I saw.
Nothing ever happens on Kasia's street. And Kasia would know. Her illness keeps her home for days at a time, with little to do but watch the world from her bedroom window. So when she witnesses what looks like a kidnapping, she's not sure she can believe her own eyes...
So she sets out to find the only other witness. The girl in the window across the street. The girl who was also watching when things went down.
But what Kasia discovers shocks her more than the kidnapping itself.
There is no girl.
Places to Purchase:
Indiebound
Barnes & Noble
Amazon
The Enigma Game by Elizabeth Wein 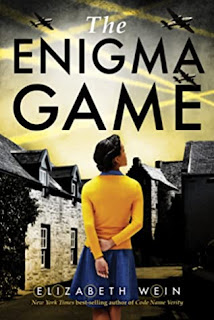 #1 New York Times bestselling author Elizabeth Wein delivers an exhilarating, unmissable thriller that finds three very different young adults united to decode a secret that could turn the tide of World War II.
1940. Facing a seemingly endless war, fifteen-year-old Louisa Adair wants to fight back, make a difference, do something-anything to escape the Blitz and the ghosts of her parents, who were killed by enemy action. But when she accepts a position caring for an elderly German woman in the small village of Windyedge, Scotland, it hardly seems like a meaningful contribution. Still, the war feels closer than ever in Windyedge, where Ellen McEwen, a volunteer driver with the Royal Air Force, and Jamie Beaufort-Stuart, a flight leader for the 648 Squadron, are facing a barrage of unbreakable code and enemy attacks they can't anticipate.
Their paths converge when a German pilot lands in Windyedge under mysterious circumstances and plants a key that leads Louisa to an unparalleled discovery: an Enigma machine that translates German code. Louisa, Ellen, and Jamie must work together to unravel a puzzle that could turn the tide of the war--but doing so will put them directly in the cross-hairs of the enemy.
Featuring beloved characters from Code Name Verity and The Pearl Thief, as well as a remarkable new voice, this brilliant, breathlessly plotted novel by award-winning author Elizabeth Wein is a must-read.
Places to Purchase:
Indiebound
Barnes & Noble
Amazon
The Liar's Guide to the Night Sky by Brianna R. Shrum 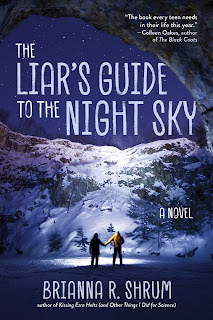 Perfect for fans of the New York Times bestselling novel, Love & Gelato by Jenna Evans Welch
It's no one’s fault that Hallie Jacob is alone. That her grandpa got sick half a world away and so her parents yanked her to Colorado the last semester of her senior year. That career-wise, she’s specialized in fighting fire, and now she’s surrounded by ice, snow, and a thousand cousins she’s half-banned from hanging around with. But that’s what's happened. That's what her December looks like.
On one big family weekend in the freaking tundra, Hallie sneaks off with those cousins to an abandoned ski slope. But they get caught in a random mudslide, and what started as a Secret Bonfire Party goes in a Potential Donner Party direction real fast. With some cousins in desperate need of medical attention, Hallie leaves their camp for help—and is surprised when Jonah Ramirez (her cousin's extremely off-limits—absurdly hot—best friend) joins her.
Facing paralyzing temperatures, sharp-toothed animals strong enough to survive a climate with hardly any water or air, and weather phenomena so wicked they’ll wreck a mountain before you can blink, Jonah and Hallie have no choice but to trust each other as they search for the way to town to send help back to their stranded friends and family. And THAT may be more impossible, even, than making it out alive.
Places to Purchase:
Indiebound
Barnes & Noble
Amazon
Instant Karma by Marissa Meyer 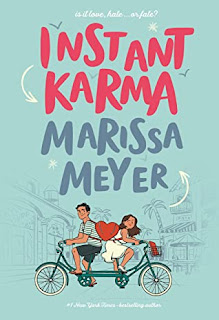 In New York Times bestselling author Marissa Meyer's young adult contemporary romance, a girl is suddenly gifted with the ability to cast instant karma on those around her – both good and bad.
Chronic overachiever Prudence Daniels is always quick to cast judgment on the lazy, rude, and arrogant residents of her coastal town. Her dreams of karmic justice are fulfilled when, after a night out with her friends, she wakes up with the sudden ability to cast instant karma on those around her.
Pru giddily makes use of the power, punishing everyone from public vandals to mean gossips, but there is one person on whom her powers consistently backfire: Quint Erickson, her slacker of a lab partner. Quint is annoyingly cute and impressively noble, especially when it comes to his work with the rescue center for local sea animals.
When Pru resigns herself to working at the rescue center for extra credit, she begins to uncover truths about baby otters, environmental upheaval, and romantic crossed signals—not necessarily in that order. Her newfound karmic insights reveal how thin the line is between virtue and vanity, generosity and greed . . . love and hate… and fate.
Places to Purchase:
Indiebound
Barnes & Noble
Amazon
It may be a light release week, but there are still some great books coming out! What new books are you looking forward to?
Posted by Isabel C at 11/02/2020 12:00:00 AM