Top Ten Characters I'd Name A Pet After

Top Ten Tuesday is hosted by The Broke and the Bookish and The Artsy Reader Girl. This is a fun prompt, and definitely requires some thinking! And don't worry, there will be plenty of pictures of my dogs!
1. Rosebud - so, this is actually my dog's name (though we call her Rosie for short), and she's named after the puppy Rosebud from the Buddies movies!
2. Poppy - this is the name of my recently adopted dog! While my family came to the decision not based on a character, I also like to think of her as named after the Animal Crossing character.
3. Luna - the inspiration for this name comes from Adeluna in These Rebel Waves by Sara Raasch
4. Evie - from The Darkest Star by Jennifer L. Armentrout
5. Mena - from Girls With Sharp Sticks by Suzanne Young
6. Ari - from Once & Future by Cori McCarthy and A.R. Capetta
7. Nadya - from Wicked Saints by Emily A. Duncan
8. Serina - from Grace and Fury by Tracy Banghart
9. Ayla - from Crier's War by Nina Varela
10. Odessa - from The Never Tilting World by Rin Chupeco
And now, the promised dog pictures! Poppy is the white dog and Rosie is the reddish-blonde one! And they are both delightful! 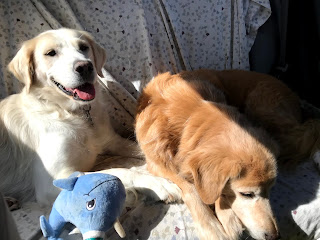 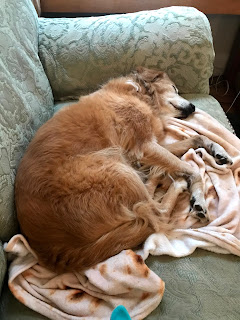 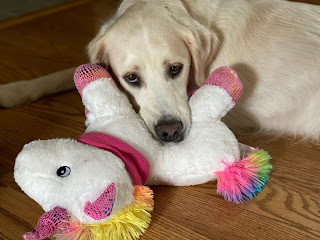 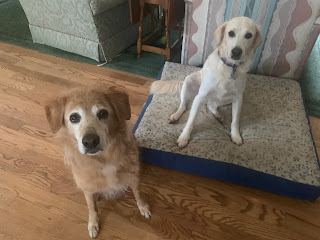