While I'm backdating the post to Monday, you're not wrong if you notice that it got posted late! Why? Well, for me it was finals week! With my final assignments turned in and exams taken, I have officially finished my first semester after transferring at UNC! So without further ado, here are the handful of books that came out this week!
Goblin King by Kara Barbieri 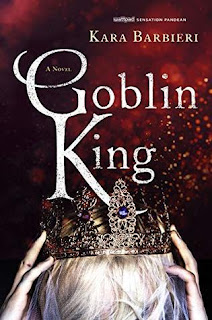 In this stunning sequel to White Stag, Janneke must find how far she's willing to go to save her world from destruction--even if it means sacrificing everything she's fought for.
The Hunt is over but the War has just begun.
Against all odds, Janneke has survived the Hunt for the Stag--but all good things come with a cost. Lydian might be dead, but he took the Stag with him. Janneke now holds the mantle, while Soren, now her equal in every way, has become the new Erlking. Janneke's powers as the new Stag has brought along haunting visions of a world thrown into chaos and the ghost of Lydian taunts her with the riddles he spoke of when he was alive.
When Janneke discovers the truth of Lydian and his madness, she's forced to see her tormentor in a different light for the first time. The world they know is dying and Lydian may have been the only person with the key to saving it.
Places to Purchase:
Indiebound
Barnes & Noble
Amazon
This is Not a Ghost Story by Andrea Portes 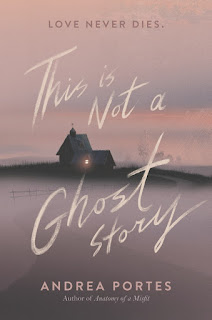 I am not welcome. Somehow I know that. Something doesn’t want me here.
Whatever this is, it is saying to me in a voice that cannot be heard but only felt: Get out.
Daffodil Franklin has plans for a quiet summer before her freshman year at college, and luckily, she’s found the job that can give her just that: housesitting a mansion for a wealthy couple.
But as the summer progresses and shadows lengthen, Daffodil comes to realize the house is more than it appears. The spacious home seems to close in on her, and as she takes the long road into town, she feels eyes on her the entire way, and something tugging her back.
What Daffodil doesn’t yet realize is that her job comes with a steep price. The house has a long-ago grudge it needs to settle… and Daffodil is the key to settling it.
Places to Purchase:
Indiebound
Barnes & Noble
Amazon
Rebel Sisters by Tochi Onyebuchi 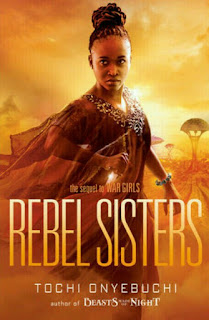 It’s been five years since the Biafran War ended. Ify is now nineteen and living where she’s always dreamed–the Space Colonies. She is a respected, high-ranking medical officer and has dedicated her life to helping refugees like herself rebuild in the Colonies.
Back in the still devastated Nigeria, Uzo, a young synth, is helping an aid worker, Xifeng, recover images and details of the war held in the technology of destroyed androids. Uzo, Xifeng, and the rest of their team are working to preserve memories of the many lives lost, despite the government’s best efforts to eradicate any signs that the war ever happened.
Though they are working toward common goals of helping those who suffered, Ify and Uzo are worlds apart. But when a mysterious virus breaks out among the children in the Space Colonies, their paths collide. Ify makes it her mission to figure out what’s causing the deadly disease. And doing so means going back to the corrupt homeland she thought she’d left behind forever.
Places to Purchase:
Indiebound
Barnes & Noble
Amazon
Soulswift by Megan Bannen 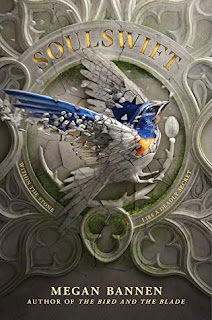 A dark, epic fantasy about a girl who must reevaluate everything she believes after she is betrayed and hunted by the religion that raised her—from Megan Bannen, author of The Bird and the Blade. Perfect for fans of The Winner’s Curse and The Girl of Fire and Thorns.
Gelya is a Vessel, a girl who channels the word of the One True God through song. Cloistered with the other Vessels of her faith, she believes—as all Ovinists do—that a saint imprisoned Elath the Great Demon centuries ago, saving humanity from earthly temptation.
When Gelya stumbles into a deadly cover-up by the Ovinists’ military, she reluctantly teams up with Tavik, an enemy soldier, to survive. Tavik believes that Elath is actually a mother goddess who must be set free, but while he succeeds in opening Her prison, he inadvertently turns Gelya into Elath’s unwilling human vessel.
Now the church that raised Gelya considers her a threat. In a race against the clock, she and Tavik must find a way to exorcise Elath’s presence from her body. But will this release stop the countdown to the end of the world, or will it be the cause of the earth’s destruction? And as Tavik and Gelya grow closer, another question lingers between them: What will become of Gelya?
Places to Purchase:
Indiebound
Barnes & Noble
Amazon
These Violent Delights by Chloe Gong 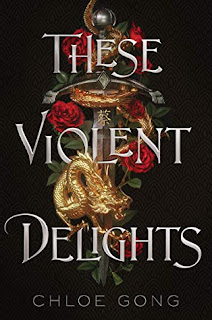 Perfect for fans of The Last Magician and Descendant of the Crane, this heart-stopping debut is an imaginative Romeo and Juliet retelling set in 1920s Shanghai, with rival gangs and a monster in the depths of the Huangpu River.
The year is 1926, and Shanghai hums to the tune of debauchery.
A blood feud between two gangs runs the streets red, leaving the city helpless in the grip of chaos. At the heart of it all is eighteen-year-old Juliette Cai, a former flapper who has returned to assume her role as the proud heir of the Scarlet Gang—a network of criminals far above the law. Their only rivals in power are the White Flowers, who have fought the Scarlets for generations. And behind every move is their heir, Roma Montagov, Juliette’s first love…and first betrayal.
But when gangsters on both sides show signs of instability culminating in clawing their own throats out, the people start to whisper. Of a contagion, a madness. Of a monster in the shadows. As the deaths stack up, Juliette and Roma must set their guns—and grudges—aside and work together, for if they can’t stop this mayhem, then there will be no city left for either to rule.
Places to Purchase:
Indiebound
Barnes & Noble
Amazon
The number of releases is petering off, but there are still some great books coming out this week! All these books look great, but I'm especially excited for Soulswift! What books do you want to read this week?
Posted by Isabel C at 11/16/2020 12:00:00 AM