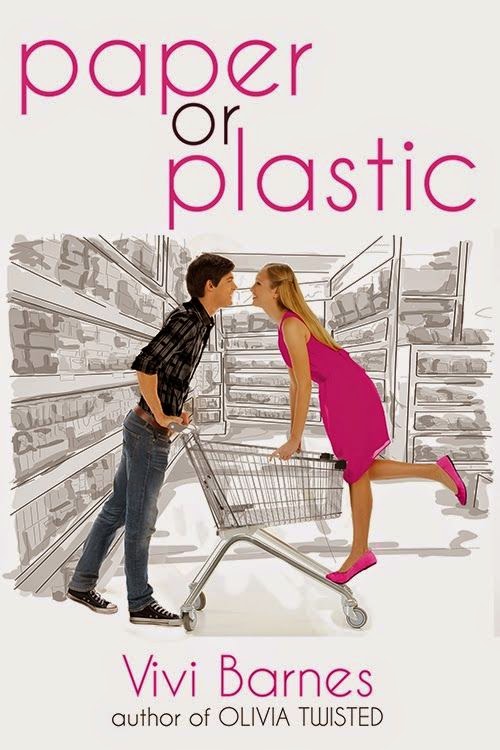 Sorry I couldn't get this up earlier, but Blogspot only just came back up!

This week, I'm featuring Paper or Plastic by Vivi Barnes! I loved her debut, Olivia Twisted, and really hope that this lives up to it! Vivi is a fantastic story teller, and the cover alone makes me want to devour the book!

For some reason, this title always brings recycling to mind, but it's actually about paying for stuff...

Busted. Alexis Dubois just got caught shoplifting a cheap tube of lipstick at the local SmartMart. She doesn’t know what’s worse—disappointing her overbearing beauty-pageant-obsessed mother for the zillionth time…or her punishment. Because Lex is forced to spend her summer working at the store, where the only things stranger than the staff are the customers.

Now Lex is stuck in the bizarro world of big-box retail. Coupon cutters, jerk customers, and learning exactly what a “Code B” really is (ew). And for added awkwardness, her new supervisor is the totally cute—and adorably geeky—Noah Grayson. Trying to balance her out-of-control mother, her pitching position on the softball team, and her secret crush on the school geek makes for one crazy summer. But ultimately, could the worst job in the world be the best thing that ever happened to her?