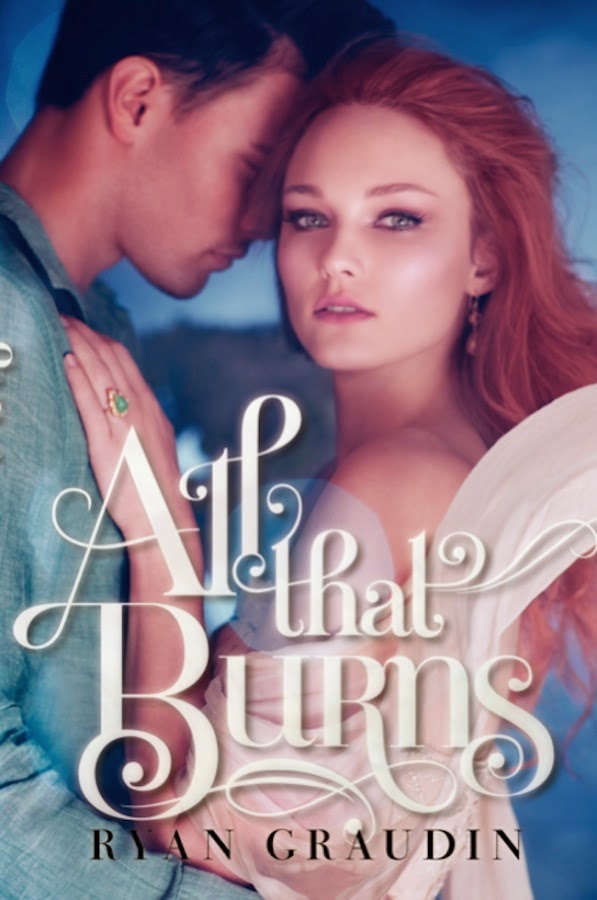 This week, I am super excited for All That Burns by Ryan Graudin! I am both part of the blog tour and helping with the Twitter party for the release of this book! If my hunch is correct, an ARC copy of the book should be arriving at my doorstep any day now, which has me ecstatic! All That Glows was SO good! As you can see by how much I talk about it. I also met Ryan back in November, and she is super cool! So read her books, and let your hearts fill with joy!

"Filled with romance, action, and suspense, All That Burns will enchant teen readers." - SLJ

In this thrilling sequel to All That Glows, the worlds of magic and mortal are colliding as London celebrates its new king, marking an era of unity between the Faery realm and the human one. Emrys, the Faery guard to the British royal family, sacrificed her powers to be with King Richard, choosing love over immortality. But now, as Emrys struggles to navigate her place between the Faery queen’s court and London’s lavish galas, danger looms beyond the Thames.When a prisoner with dark, strange magic breaks out of Queen Titania’s labyrinthine prison, endangering Emrys’s king and sparking an uprising, Emrys must make the hardest decision of all.


Will she reclaim her magic to save Richard’s life and lose him forever? Or stay powerless as the kingdom goes down in flames?